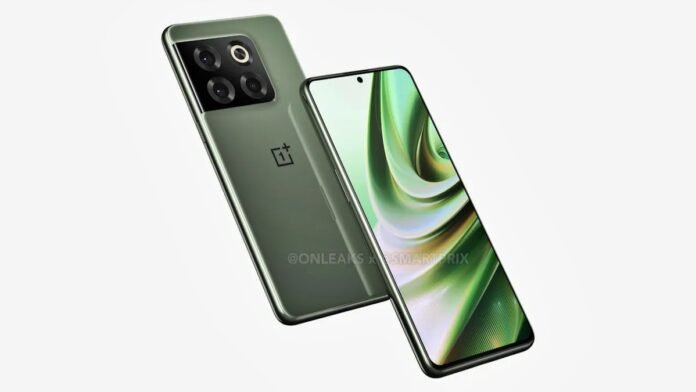 New Delhi: OnePlus has announced the launch of its new smartphone OnePlus 10T. The phone will be launched offline in New York on August 3. Along with the OnePlus 10T, the Chinese smartphone maker will also unveil its new OS, OxygenOS 13 version, during the same launch event. The OnePlus 10T is said to be similar to the OnePlus 10 Pro, the flagship smartphone of the 10th series launched in March this year.

The phone will have Snapdragon 8 Gen 1 chipset. The new OnePlus 10T is said to come with Snapdragon 8+ Gen 1 SoC with 16GB of RAM and 512GB of internal space. Features like a 50-megapixel rear camera, 150W fast charging and 16 GB RAM can be found in the phone. The smartphone can be brought in three variants.

Sony IMX766 sensor
The company has confirmed that the phone will have Sony IMX766 sensor with 50MP resolution with both OIS and EIS support. It will likely have an 8MP ultra-wide sensor and a 2MP macro lens. OnePlus 10T is expected to get a 6.7-inch AMOLED display with a 120 Hz refresh rate. A 4,500mAh battery can be found with the phone with a 120W fast charger.

The company will roll out OxygenOS 13
With the launch of the phone, the brand will be rolling out its new OxygenOS 13, which is said to bring more customization and improvements in gaming as well as connectivity. The new OS will first be available on the OnePlus 10 Pro, followed by the OnePlus 10T and other devices.

02/07/2022/9:48:am
New Delhi: Due to smoke inside the Delhi-Jabalpur SpiceJet plane, the flight had to return to the Delhi airport. This incident happened this morning....

Coronavirus uncontrolled in many areas of Pakistan, ‘smart lockdown’ imposed

18/03/2021/9:52:pm
Islamabad: 'Smart Lockdown' has been imposed in the areas most affected by Corona Virus infection in Pakistan. With this, the country is seeing an...

Give this gold paper of the government guaranteed scheme to your...