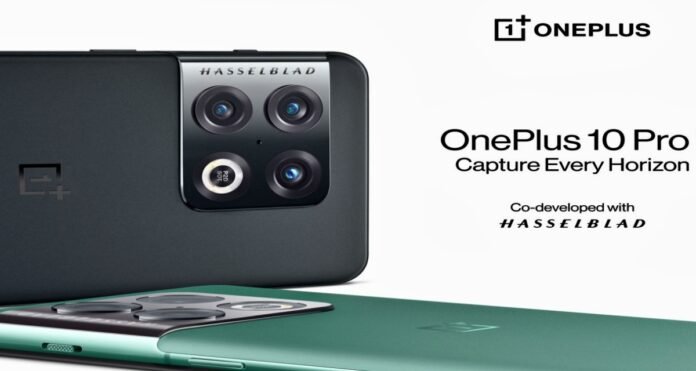 Legendary smartphone maker OnePlus is preparing to launch its new smartphone in India soon. This new smartphone of the company is the OnePlus 10 Pro India, which will be introduced on March 31. The company has informed about the launch of this handset on Thursday. The smartphone maker posted a teaser for the launch event on Twitter, confirming that the specifications for the smartphone will be similar to the Chinese model that was launched in January. The OnePlus 10 Pro is the company’s first flagship phone for 2022. This phone will be equipped with many powerful features.

Specifications
Talking about the specification of the OnePlus 10 Pro, which was launched in China in January, it comes dual-SIM (Nano), Android 12 with ColorOS 12.1. A 6.7-inch QHD + (1,440×3,216 pixels) curved LTPO 2.0 AMOLED display can be given in the smartphone. Corning Gorilla Glass Victus protection can be seen in this. The OnePlus 10 Pro flagship will be powered by the Snapdragon 8 Gen 1 SoC. Which can be paired with up to 12GB of LPDDR5 RAM.

Battery And Connectivity
Up to 256GB of UFS 3.1 storage can be given in the OnePlus 10. Whereas for connectivity, 5G, 4G LTE, Wi-Fi 6, Bluetooth v5.2, GPS / A-GPS, NFC, as well as USB Type-C port can be seen. On the other hand, the OnePlus 10 Pro can launch with a 5,000mAh battery with 80W Super Flash Charge fast charging (wired) and 50W Flash Charge (wireless) support.

23/01/2021/11:12:pm
New Delhi: Farmer leaders claimed on Saturday that the Delhi Police has given them permission to hold a tractor rally on Republic Day. According...

07/12/2020/4:31:pm
New Delhi: Disputes have erupted between two major domestic FMCG companies, Dabur and Marico, over claims over their respective city brands, and both have...

Mark Zuckerberg’s announcement, Facebook has been renamed as ‘Meta’