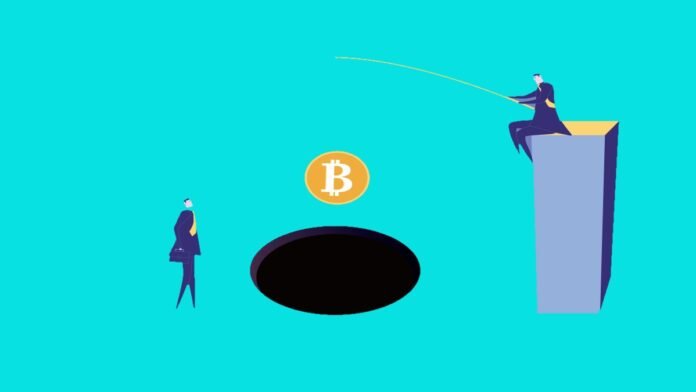 New Delhi: One thousand crore rupees. Yes, we Indians have lost more than 1000 crores only through crypto scams. This information has come to the fore in a report by CloudSEK. CloudSEK is an Indian cyber security firm.

According to the news published by Live Mint, the report states that the scam even involved the creation of fake crypto exchanges, which resemble legitimate trading platforms. The scammers later reach out to the users and offer a $100 credit note as a welcome offer to visit the platform. Such offers are also to be credited to gain the trust of the users, who after earning profits put funds into the platform.

Withdrawal closed after depositing money!
According to CloudSEK Chief Executive Rahul Sasi, all trading and withdrawal facilities on the fraud platform are closed once users have put in their own funds.

Certainly, such crypto scams are not good. On May 27, Mumbai Police officials arrested Jagdish Ladi, a graduate student in the city’s Kandivali West area, for a cumulative crypto scam of over ₹1.5 crores. Live Mint quoted a report in The Indian Express as saying that, later, many users promised a return on the scale of 25%, but did not deliver.

Subsequently, on 29 May, a Hindustan Times report stated that a fraudulent crypto exchange, posing as a legitimate site, stole ₹1.57 crore from a person based in Malabar Hill, Mumbai. This work was also done in exactly the same way as CloudSEK has mentioned in its report. The user’s trust is gained for the first few months and later the user is not able to withdraw even his own money, as the withdrawal is stopped for that.

Scams on Linkedin
Such scams are not limited to India only. Last week, on June 17, agent Sean Reagan of the United States Federal Bureau of Investigation told CNBC that a crypto scammer had come to LinkedIn and carried out some similar scams.

According to Reagan, scammers shared certain strategies to trade on a legitimate crypto platform with users and won their trust for a few months. And after some time, got him ready to switch to a new platform. This new platform was fake. Reagan confirmed that such cases are coming to the fore in large numbers. He even said that users have suffered a loss of ₹ 12.5 crores ($ 1.6 million) per person from such scams.

Online business site Livemint quoted CNBC as saying that LinkedIn has acknowledged the increase in such scams and said that screening techniques are being used to deter such users from the platform. It has been said that 32 million such fake accounts have been blocked in 2021 itself.

Master plan to decorate the sky of Delhi with a tricolor in the 75...

11/02/2021/10:49:am
Dubai: Houthi rebels from Yemen attacked Abha International Airport in Southwest Saudi Arabia, setting fire to a passenger aircraft parked there. This information was...

Omicron creating a frightening picture! Covid is growing faster than the second wave in...

03/01/2022/9:42:am
New Delhi: The new variant of Coronavirus 'Omicron' seems to be beating all the previous formats in terms of infection. Some figures that have...

Prestige Group Announces the Launch of Its Third Property in a...