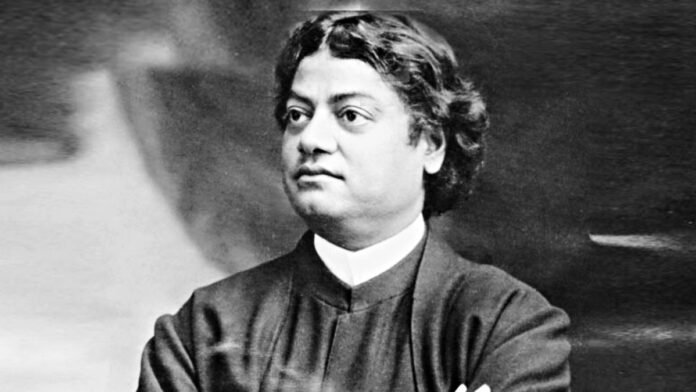 New Delhi: Arise, awake and stop not till you achieve your goal. Swami Vivekananda kept moving forward with this purpose in life. On his birth anniversary. Let us know some interesting things about him. Which are necessary to bring change in our life. Swami Vivekananda, who used to sleep only for 1.5-2 hours, had left a different mark on the world. You would be surprised to know that he used to take a nap for 15 minutes after every four hours. Whereas from today’s time, everyone has only one complaint that sleep is not complete. Doctors also speak to get at least six hours of sleep before work.

He established the Ramakrishna Mission which is still doing its work today. He was a disciple of Ramakrishna Paramhansa. Arise and awake and stop not till you achieve your goal, he said. While living, and learning till then, experience is the best teacher in the world. At the time for which the work is promised, it must be done at the same time. Otherwise, people lose their faith.

Significantly, born in an elite Bengali Kayastha family of Calcutta, Vivekananda was inclined towards spirituality. He was born on 12 January 1863. He died on 4 July 1902. He was a well-known and influential spiritual teacher of Vedanta from the very beginning. His real name was Narendra Nath Dutt. He represented Sanatan Dharma on behalf of India in the World Religion General Assembly held in Chicago in 1893 in America.

On 4 July 1902 (the day of his death), Vivekananda awoke early, went to the monastery at Belur Math, and meditated for three hours. He taught Shukla-Yajur-Veda, Sanskrit grammar, and the philosophy of yoga to pupils, later discussing with colleagues a planned Vedic college in the Ramakrishna Math. At 7:00 pm Vivekananda went to his room, asking not to be disturbed; he died at 9:20 p.m. while meditating. According to his disciples, Vivekananda attained mahasamādhi; the rupture of a blood vessel in his brain was reported as a possible cause of death. His disciples believed that the rupture was due to his brahmarandhra (an opening in the crown of his head) being pierced when he attained mahasamādhi. Vivekananda fulfilled his prophecy that he would not live forty years. He was cremated on a sandalwood funeral pyre on the bank of the Ganga in Belur, opposite where Ramakrishna was cremated sixteen years earlier.

Massive fire in bus in Sindh district of Pakistan, 17 passengers burnt to death,...

13/10/2022/9:49:am
Pakistan: A major accident happened in Pakistan, 17 passengers were tragically killed after a massive fire broke out in a bus in Sindh district....

Curfew in Paris due to escalating corona cases, ban on leaving home after six...

16/07/2021/12:17:pm
Rueil-Malmaison, France:  The Video Soundbox is a product for service operators. It has been developed with Dolby to become the first certified Dolby Atmos video...

08/02/2021/10:13:am
New Delhi: Tikri, Singhu, and Ghazipur border will remain closed for traffic on the borders of the national capital due to the agitation against...

Defense Minister has launched 75 AI products with one, Chinese Mandarin...