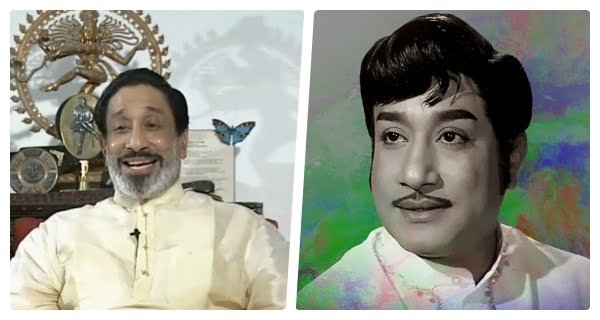 New Delhi: Today’s Google Doodle, dedicated to one of the best actors of India and unanimously one of the most influential actors of the country, Shivaji Ganesan on his 93rd birthday. On this day i.e. on 1 October 1928, Sivaji Ganesan was born as Ganeshmurthy in Villupuram, a town in the southeastern state of Tamil Nadu, India. After this, at the very young age of 7, he left home and joined a theater group, where he started playing child and female roles and then gradually moved on to lead roles.

Then in December 1945, Ganesan staged the great Indian Maratha king Shivaji of the 17th century in his dramatic scripture and everyone bowed down to Ganesan’s acting talent, also known as ‘Shivaji Ganesan’ on that day. Started to go

After this, he did not stop and made his on-screen acting debut in the 1952 film “Parashakti”, the first of more than 300 films in his cinematic career spanning almost five decades. Known for his unique and poignant voice and diverse acting skills in Tamil language cinema, Ganesan quickly rose to international acclaim.

Among his most famous blockbusters and indeed a trendsetting one, his 1961 film “Pasmalar”, an emotional, family tale, is considered one of Tamil cinema’s greatest masterpieces and achievements, and 1964. His next film was “Navarathy”, Ganesan’s 100th film in which he also played a record-breaking, nine different roles.

Subsequently, in 1960, Ganesan made history as the first Indian artist to win the Best Actor award at a prestigious international film festival for his historical film “Veerpandiya Kattabomman”, which is still one of his biggest blockbusters. is film.

Subsequently, in the year 1995, France also honored him with its highest honor, the Chevalier of the National Order of the Legion of Honour. At the same time, in the year 1997, the Government of India honored him with the Dadasaheb Phalke Award, which is the highest award of our country in the field of cinema. Thus by the power of his acting, Sivaji Ganesan immortalized himself and his country in the world forever and ever.

28/12/2020/9:05:pm
Washington: US President Donald Trump has signed a bill that calls for establishing an American consulate in Tibet and forming an international coalition to...

09/07/2020/9:25:pm
New Delhi: Civil Aviation Ministry today said, India and the UAE have allowed their airlines to carry people authorized to travel between the two...

Lady Police constable of Madhya Pradesh will change her sex, the government has given...

01/12/2021/8:46:pm
Bhopal: The government has given permission to a female police constable posted in the Madhya Pradesh Police to change her sex to be a...

18/11/2020/10:17:am
London: A new 'Respirator Mask' developed by a team of British researchers has proved effective in clinical trials by bearded doctors on Covid-19 Duty...

20/02/2021/10:14:am
New Delhi: Increasing cases of Corona are once again frightening in the country. The growing graph of Coronavirus in India can be gauged from...