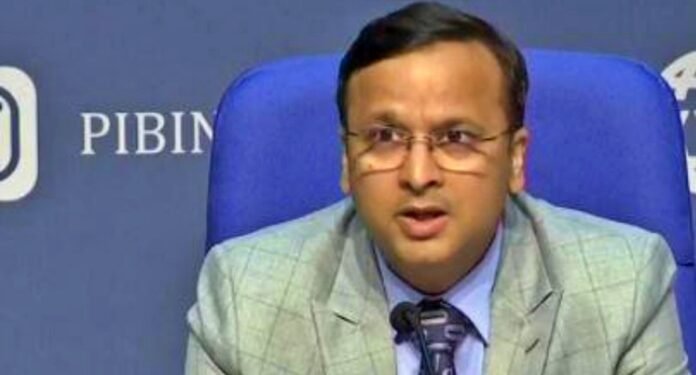 New Delhi: The new variant of Coronavirus, which appeared in South Africa, Omicron has knocked in the country. Giving information on Thursday, the government has said that two cases of this dangerous virus have been reported in India. Both the cases have come up in Karnataka. Lav Aggarwal, Joint Secretary, Ministry of Health said that 373 cases of Omicron have been registered in 29 countries so far.

In this matter, DG ICMR, Balram Bhargava informed that, so far two cases of Omicron have been detected in Karnataka through the genome sequencing effort of the INSACOG consortium of 37 laboratories set up by the Ministry of Health. We do not need to panic but awareness is very important. COVID requires appropriate behavior.

Luv Aggarwal said that all the people who came in contact with both the people found positive have been identified and they are being monitored. Protocols made to fight this virus are also being followed. Lav Aggarwal said, so far mild symptoms have been found in all Omicron-related cases. No serious symptoms have been noted in all such cases so far in the country and across the world. WHO has said that studies are being done on this variant.

He told that many facts about the new variant of Covid, Omicron, are going to be revealed by science. Whatever decisions are taken in the future, all those decisions should be taken only after the scientific facts come to the fore.

Let us inform you that the B.1.1529 form of the Covid-19 virus was identified in South Africa this week. The World Health Organization (WHO) on Friday classified this pattern as a ‘concern-raising nature’. The world body has named this form of the virus ‘Omicron’. The virus was first reported on 24 November in South Africa

08/12/2021/9:00:pm
New Delhi: In Switzerland, a machine has been legally approved which will make death very easy for a human being. The machine giving 'easy...

15/01/2021/10:35:am
New Delhi: Vaccination (Corona Vaccination Drive in India) is starting from Saturday to prevent infection of Coronavirus in the country. For this, the dry...