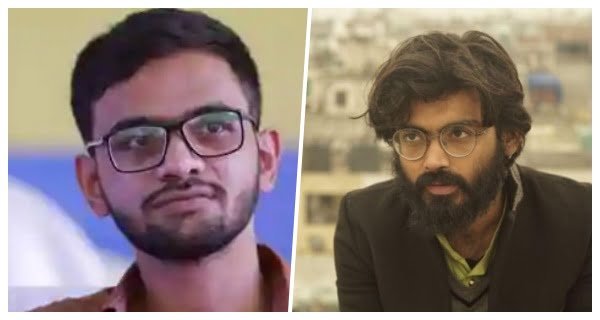 New Delhi: The Delhi Police on Sunday filed a charge sheet in Karkaduma Court against JNU alumni Umar Khalid and Sharjeel Imam on charges of conspiracy to commit Delhi Riots. This charge-sheet has been filed by the Special Cell under the anti-terrorism law UAPA. At the same time, action has been taken under several critical sections of the IPC and the Arms Act. The charge sheet is about 930 pages.

Opposing the plea of ​​Delhi Police, Omar Khalid’s lawyer said that it has cooperated in all possible ways in the police investigation. Alleging that Omar Khalid is not cooperating in the investigation. The plea filed by the Delhi Police to extend his judicial custody is incorrect.
These sections of IPC have been imposed on Khalid and Sharjeel

What is the Illegal Activities (Prevention) Act UAPA

This law empowers the National Investigation Agency (NIA) to declare a suspect involved in any type of terrorist activity a terrorist.

Before this law, only groups could be declared terrorists, but after this amended law in 2019, any person can also be declared a suspected terrorist or terrorist.

20/02/2021/10:14:am
New Delhi: Increasing cases of Corona are once again frightening in the country. The growing graph of Coronavirus in India can be gauged from...

09/07/2020/10:30:am
Kanpur: Vikas Dubey, the mastermind of the martyrdom of 8 policemen, have been arrested from Mahakal Temple in Ujjain in Vikru village of Chaubepur....

Google monitors your data even in incognito mode! The judge said – this is...

27/02/2021/10:18:am
Washington: When Google users are browsing in Incognito Mode, are their activities really hidden? A unit of Google's parent company Alphabet Inc. says that...

Stalin’s government abolished NEET, what will be the effect on entrance examinations, know…

13/09/2021/9:19:pm
New Delhi: The Tamil Nadu government has passed a new bill under which the competitive students of the state will be exempted from the...