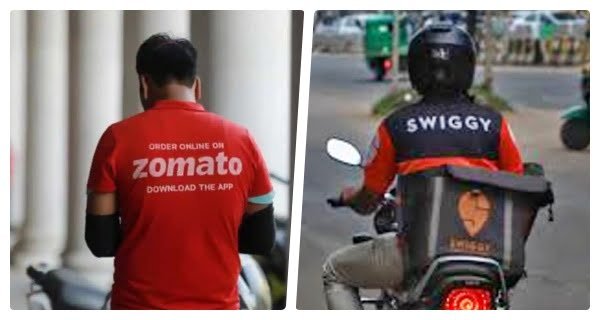 New Delhi: Online app-based food delivery platforms like Zomato and Swiggy will now have to pay 5 percent GST. In the 45th meeting of the GST Council, it was decided to bring food-delivery companies under the tax net. Addressing the media after the meeting, Finance Minister Nirmala Sitharaman said that these food delivery platforms will have to pay GST on the restaurant service provided by them.

This tax will be charged at the place of delivery of the order. At the same time, 28 percent + 12 percent GST will be levied on carbonated fruit drinks and juices. These decisions will come into effect from January 1, 2022.

Customers upset
Since this news, many users on social media are seen upset with this decision. Customers fear that they will have to pay more for delivery under the new GST rule. However, it was soon clarified that the move would have no impact on the end consumers as no new tax has been levied. However, but the tax rate of many items has been increased.

He said, “Suppose you ordered food from an app. Right now the restaurant is paying tax on this order by taking money from you. But we found that many restaurants were not paying taxes to the authorities. In such a situation, we have now done that the food aggregator will take tax from the consumer and give it to the authority, not the restaurant, for ordering your food. Thus no new tax has been imposed. At the same time, the Finance Minister said that there is no question of levying additional tax on ordering food from food delivery apps Swaggy and Zomato. These apps will charge the same tax that is levied on the restaurant businesses.

Tension may increase due to China-Iran’s 25-year agreement, know what is the reason

03/04/2021/4:08:pm
Beijing: An agreement has been signed between China and Iran for 25 years of economic cooperation. India should be concerned with this agreement for...

15/02/2021/9:47:pm
Islamabad: Sheikh Rashid Ahmed, the minister of the Pakistan government, who is often in the news after making odd statements, has once again given...

11/08/2020/10:08:am
Indore: According to the latest news, the famous Shire Relief has been found to be infected with the Coronavirus. He was admitted to the...