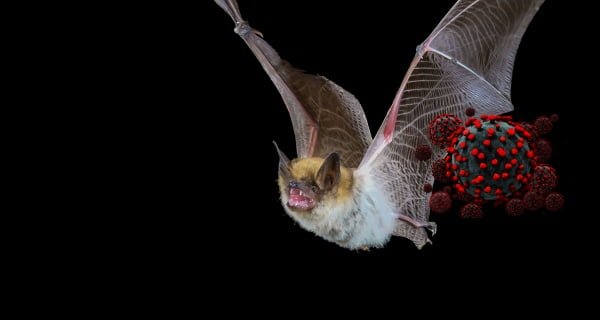 New Delhi: Amidst the havoc of the second wave of corona in India, American researchers have identified such hotspots where new coronaviruses can spread. In a new study, the presence of bats has been identified through the use of remote sensing. This study has been done in the range from Western Europe to Southeast Asia. This study is from researchers at the University of California, Berkeley. Researchers from the Polytechnic University of Milan and Massey University of New Zealand were also involved in this.

In the study, researchers have discovered which places may be more prone to spreading the new coronavirus from bats to humans. The most interesting thing about this research is that most of the hotspots that have been identified can be in China.

The purpose of the study was that we can know from where the corona virus can grow in the future.

Apart from this, some parts of Japan, some parts of the northern Philippines have also been included in it. A researcher Maria Christina has said that the purpose of this study was to know from where the coronavirus can grow in the future. The number of viruses in the bat’s body can be up to 15 thousand.

Let us tell you that Peter Daszak, a scientist who has been doing research on bats for a long time, said during a conversation with CNN last year that we have been able to find only 500 coronaviruses from the body of bats so far. According to him, the number of viruses in the body of bats can be up to 15 thousand. Right now the world has become aware of only a few viruses.

Peter Daszak is the president of the American organization Ecohealthcare. He has been collecting samples from bats for the last 15 years so that the world can be saved from future epidemics. So far, he has traveled to twenty countries and collected samples from bats so that it can be told which epidemic is going to spread.

Don’t Look At Everyone In Industry With Same Lens: Akshay Kumar

03/10/2020/11:33:pm
Mumbai: Superstar Akshay Kumar on Saturday made a heartfelt appeal to fans as well as the media to not paint every film personality with...