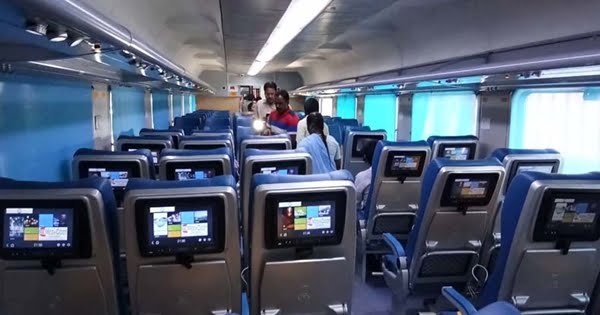 New Delhi: The central government is planning to run Passenger Trains in private sector participation. For this, the Ministry of Railways has asked for a request for qualification (RFQ) for the operation of passenger trains from private sector companies. According to the Railway Ministry, the railway network across the country is divided into 12 clusters. In these 109 pairs of private trains will be run. Private sector investment of about Rs 30,000 crore will be done in this project. It is a private investment initiative to run passenger trains on the Indian railway network.

16 coaches private trains will run at a speed of 160 km per hour
According to the government notification, the objective of this initiative is to introduce modern technology rolling stock into the railway network, as well as low maintenance, more speed, boost employment generation, provide more security, make passengers experience world class travel. It has been told that every private train will have at least 16 coaches. These trains will run at a maximum speed of 160 kmph. Private company will buy the rolling stock of these trains. Maintenance will also be the responsibility of the same company. Most of the trains will be made in India under Make in India. The private company will be responsible for financing, purchasing, operating and maintaining the vehicles.

28/07/2020/8:15:pm
New Delhi: The much-awaited Rafale aircraft will reach India on Wednesday. On Monday, refueled mid-air pictures of the Rafale aircraft that came out of...

The third wave of corona in the country is near, IMA alerted the government

MSN Laboratories introduced Posaconazole, a drug useful in the treatment of black fungus

21/05/2021/7:58:pm
Hyderabad: MSN Laboratories on Friday announced the introduction of Posaconazole useful in the treatment of Black Fungus (Mucormycosis) patients. This drug belongs to the...

25/08/2021/10:54:pm
New Delhi: Recently many electric cars have been launched in India, from which it is clear that automakers are looking at their future in...