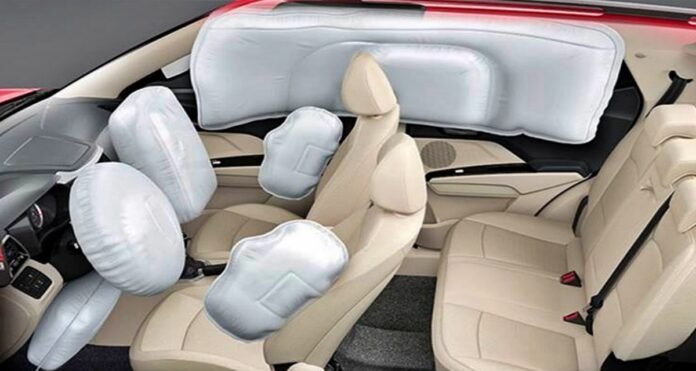 New Delhi: The central government has taken a big decision on Friday to save road accidents and lives in the country. Union Minister Nitin Gadkari has approved the draft GSR notification. Under which it will now be mandatory to provide at least six airbags to eight-seater vehicles. The Union Minister tweeted this information.

In a series of tweets, Union Minister Gadkari wrote, “In order to enhance the safety of passengers in motor vehicles up to 8 passengers, I have now approved the draft GSR notification to make minimum 6 airbags mandatory.” “The ministry had already made it mandatory to fit driver airbags and front co-passenger airbags with effect from 01 January 2022 with effect from 01 July 2019,” he wrote.

The Union Minister wrote, “In order to minimize the impact of frontal and lateral collisions for both front and rear compartments, it has been decided that 4 additional airbags will be made mandatory in M1 vehicle category, i.e. two side/side Torso airbags and two side curtain/tube airbags cover all outboard passengers. This is an important step in making motor vehicles in India safer than ever before.”

The Union Minister further wrote, “This will ultimately ensure the safety of passengers in all segments, irrespective of the cost/variant of the vehicle.” Along with this, Gadkari also used #RoadSafety #SadakSurakshaJeevanRaksha.

Will keep an eye on the enemy, ISRO launches PSLV-C49 rocket

Artificial Intelligence Is the Future of Marketing and Is for Everyone

13/09/2020/12:31:am
Dubai, United Arab Emirates:  Forex Market is an electrifying place. Once you venture into the Forex world, the adrenaline rush pushes you hard to trade...