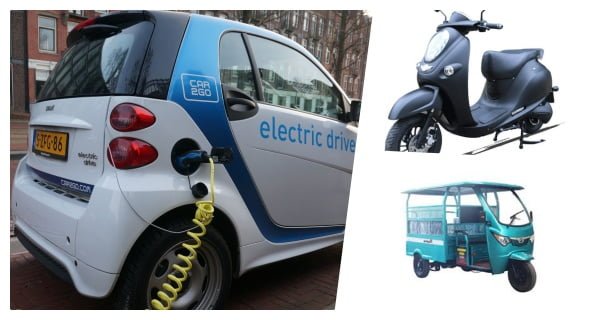 Noida: E-rickshaw, e-scooter, e-bike, and electric car will now be made in Noida only. For this, work on a big project has also been started. Electric Vehicle City will be developed on 100 acres to give space to companies. Recently, the delegation of the Electric Vehicle Manufacturing Association had met the CEO of Yamuna Authority regarding this matter. The CEO has also expressed interest in the proposal and said that 100 acres of land will be given. This is not the first time that land is being given to an industry near Jewar Airport to develop a park. Work is already underway on about half a dozen parks. Land can be given for electric vehicle city in Sector-28.

Along with this, the authority has also assured the businessmen that when the Electric Vehicle City is formed, along with the land, facilities of Common Facility Center, Research and Development Center, Lab Testing Skill Development Center, Green Innovation Center will also be provided. Due to this, the authority has sought a detailed project report from all the traders.

There was a ruckus on Priyanka Chopra’s new show The Activist, the actress apologized...

17/09/2021/10:04:am
There is a lot of controversies these days about actress Priyanka Chopra's new show 'The Activist'. In this show of Global Citizen, Priyanka Chopra,...

01/01/2022/8:45:pm
New Delhi: If you are not used to digital transactions or you prefer cash transactions, then your pocket is going to increase in the...

RBI new Fix Deposit Rules: why you should claim your money soon after the...