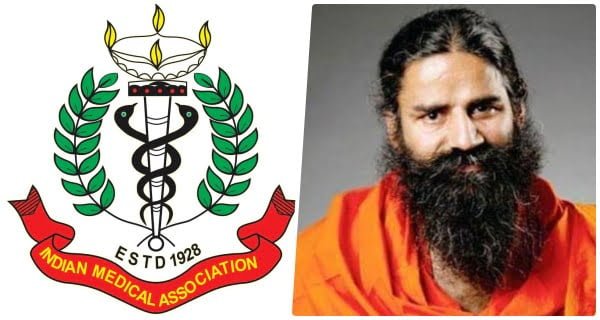 Chennai: The National President of the Indian Medical Association (IMA) Dr. JA Jayalal on Friday said that if Yog Guru Ramdev against Covid-19 Vaccination and Modern Medicine. withdraw their statements, the organization will consider withdrawal of the police complaints lodged against them and the notices of defamation sent to them. Jayalal said that Ramdev actually questioned the government by targeting the modern medical system regarding the epidemic and its treatment.

He said, “We have nothing against Yog guru Baba Ramdev. His statements are against vaccination for Covid-19. We feel that his statements may mislead people, mislead them. This is a matter of great concern for us as he has many followers. “

In the context of Ramdev’s withdrawal of statements regarding modern medicine and Covid-19, he said that it will have to be withdrawn completely. Dr. Jayalal reporters that if Ramdev withdraws such statements completely, the IMA will consider withdrawing the police complaints against him and the defamation notice sent to him.

A few days ago the IMA sent a notice of defamation to Ramdev for making allegedly derogatory statements against modern medical practice and doctors. In the notice, he was asked to apologize within 15 days and for not doing so, he would be asked to take action against the compensation of Rs 1,000 crore.

The IMA chief said complaints have been lodged against Ramdev in Delhi and elsewhere. He said that the organization has also requested Prime Minister Narendra Modi to take action against Ramdev. Ramdev had to withdraw a statement questioning some of the drugs used to treat the corona virus. After the controversy arose, Ramdev was also heard saying that even his father cannot arrest him.

Jayalal, head of the surgery department at the Government Kanyakumari Medical College Hospital in Tamil Nadu, said, “The yoga teacher should advise his followers to get vaccinated and to support the government in this fight against the epidemic.”

Things are worsening due to Corona, UP has the highest number of cases in...

29/11/2020/12:13:pm
New Delhi: On the proposal and further strategy of the Union Home Minister Amit Shah, the leader of the farmers protesting against the withdrawal...

08/04/2021/10:44:pm
Islamabad: Pakistan Prime Minister Imran Khan is badly trapped by giving a statement on the rape. In the midst of worldwide criticism, Imran Khan's...

The Corona vaccine will be available at “End of this year or early next...

16/11/2020/10:52:am
London: The new Covid vaccine being developed by leading pharmaceutical company Pfizer and Biontech will start making it available "at the end of this...