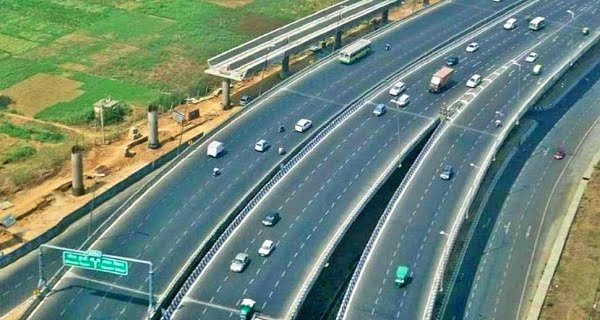 New Delhi: During the war, the enemy first targets the runway of the Air Force Station, so that the Air Force can be weakened and Fighter Air Craft cannot fly. In view of this, the central and state governments are preparing 2 to 3 km stretch as a runway on all expressways and highways. Purvanchal and the other three expressways have also been prepared with the same thinking. Along with this, 21 highways in different states of the country have also been identified for use as runways.

Here are those highways and expressways
Fighter and transport aircraft can be landed on 21 highways and expressways located in different states across the country. The Defense Ministry has closely inspected all the highways. For this, the Ministry of Transport has also given its consent. Some highways have also been approved. At the same time, the practice of landing fighter aircraft has also been done on Yamuna Expressway, Agra-Lucknow Expressway from Greater Noida to Agra. The heavy transport plane Hercules was also landed on the Agra-Lucknow Expressway.

Now Purvanchal Expressway is also going to be included in this episode. Today, on this expressway like the Agra-Lucknow Expressway, along with the fighter plane, the heavy Hercules aircraft of the Indian Air Force will also be landed. Apart from this, soon the name of Moradabad Expressway from Delhi will also be included in this list. Permission has been given to land the planes on the Moradabad Expressway. According to the information, all 21 highways and expressways will be developed as an airstrip, on which vehicles will also run and aircraft will also be landed if needed.

Air Force uses expressway-highway to land fighter planes during the war, know the reason
Not only this, if needed, preparations are being made to land the aircraft on the highway located in the states of Chhattisgarh, Odisha, Jammu, Uttarakhand, Uttar Pradesh, Gujarat, West Bengal, Assam, Andhra Pradesh, Tamil Nadu, Rajasthan, etc. If sources are to be believed, alternative arrangements are being made for the emergency landing of Air Force planes on the highway.

Efforts are being made in collaboration with the Ministry of Transport
In collaboration with the Ministry of Transport, all the highways of the entire country have been included in this scheme. The National Highway for the landing and takeoff of the aircraft has been selected by the officers of the Air Force. While some highways are still being inspected. The National Highway Authority of India gets some part of the highway built on the standards of the Air Force.

In which countries have road runways have been used
Road runways were used for the first time in India on 21 May 2015. While there are many countries where it has been used. Before India, it has been used by Singapore, Sweden, Finland, Germany, Poland, Republic of China (Taiwan). Pakistan has two such road runways which it can use in case of emergency during the war. Pakistan’s first road runway is M-1 which is built on Peshawar to Islamabad Highway. The second M-2 has been built on the Islamabad-Lahore highway.

‘Taiwan Question’ issue will be resolved, no outside interference: Xi

09/10/2021/9:47:pm
Beijing: Strongly advocating for the reunification of Taiwan and China, Chinese President Xi Jinping on Saturday said the issue of the "Taiwan Question" will...

22/06/2020/7:22:pm
Ahmedabad: Former state chief minister and senior leader Shankar Singh Vaghela has resigned from the post of general secretary with primary membership of the...

22/02/2021/8:24:pm
Brussels: Foreign Minister of the European Union (EU) on the imposition of fresh sanctions on the country against the sending of Opposition leader Alexei...

31/10/2021/10:01:am
Lahore: In Pakistan, the cases of attacks on temples are increasing. After the demolition of the Shri Krishna temple located in the Sanghar district...