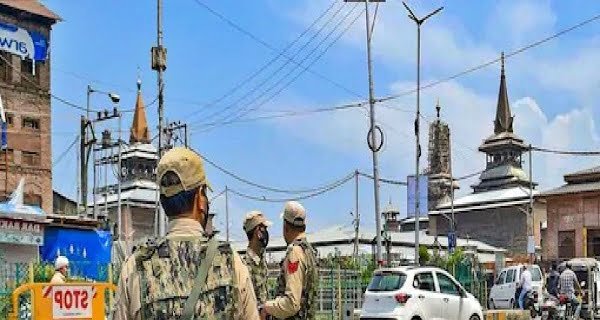 Srinagar: Police and administration have swung into action after non-local laborers were continuously targeted by terrorists in Jammu and Kashmir. According to news agency PTI, police officials have asked all district chiefs to immediately shift the non-local laborers to security camps. This step has been taken by the administration after terrorists killed 4 laborers of Bihar and seriously injured another in Kulgam in South Kashmir in 24 hours.

In a message to all district police chiefs, Inspector General of Police (Kashmir Range) Vijay Kumar said, “All non-local laborers living in your jurisdiction should be immediately brought to the nearest police station or central paramilitary force or army establishments.” It was said in the message, this matter is very urgent.

Let us inform you that within just 24 hours, terrorists have carried out the incident of killing 4 non-local civilians in Jammu and Kashmir. Two more non-local laborers – Raja Reshi Dev and Joginder Reshi Dev – were shot dead by terrorists at Wanpoh in Kulgam district on Sunday, while 1 worker is said to be seriously injured. Earlier on Saturday also two citizens of UP and Bihar were murdered.

Arvind Kumar, a resident of Bihar, was targeted in Srinagar, while Sagir Ahmed, a resident of UP, was killed in Pulwama. The laborers killed in the Wanpoh area of ​​Kulgam on Sunday have been identified as Raja of Bihar, Joginder. Chunchun Dev got injured due to a bullet injury.

24/06/2021/10:32:pm
Kabul: US forces are withdrawing from Afghanistan. Simultaneously, the Taliban is again capturing one area after another. A new report by US intelligence says...

25/09/2020/12:27:am
Hong Kong:  Hong Kong Science and Technology Parks Corporation (HKSTP) announced that the Elevator Pitch Competition 2020 (EPiC 2020) is now inviting applications from around the world....