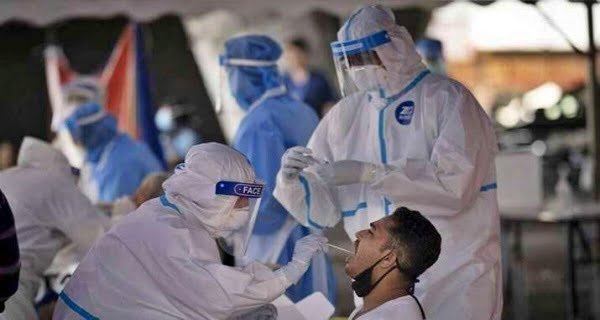 Cases falling in these states
While giving information about the decreasing corona cases in some states of the country, the Health Ministry said that new cases in Madhya Pradesh, Uttarakhand, Jharkhand, Telangana, Chandigarh, Ladakh, Daman and Diu, Lakshadweep and Andaman and Nicobar have continued to decrease every day. Has been Along with this, new Covid-19 cases are decreasing daily in Maharashtra, Uttar Pradesh, Andhra Pradesh, Delhi, Rajasthan, Haryana, Chhattisgarh, Bihar, and Gujarat.

Significantly, there has been a slight decrease in the cases of coronavirus that are exposed daily in the country. There are 3 lakh 29 thousand 942 new cases in the country on Tuesday. At the same time, 3876 people died in the last 24 hours. With this, 3,56,082 people were discharged from the hospital during the last 24 hours. Maharashtra, UP, Gujarat, Karnataka, Kerala, Tamil Nadu, Andhra Pradesh, West Bengal, Rajasthan, and Delhi accounted for 74 percent of the discharges.

Preparations begin for vaccination of corona vaccine, get registered on this mobile app

10/12/2020/3:48:pm
New Delhi: For the emergency use approval of three vaccines including Pfizer has been applied to DGCI, Corona vaccination campaign is likely to start...

21/08/2020/11:04:pm
Cairo: The United Nations-backed government of Libya announced a cease-fire in the oil-rich country on Friday and called for the demilitarization of the strategically...

20/01/2021/10:24:am
Beijing: China has the world's largest fast-speed network, which is spread over 37 thousand kilometers. The fastest commercially operating train Shanghai Maglev is also...