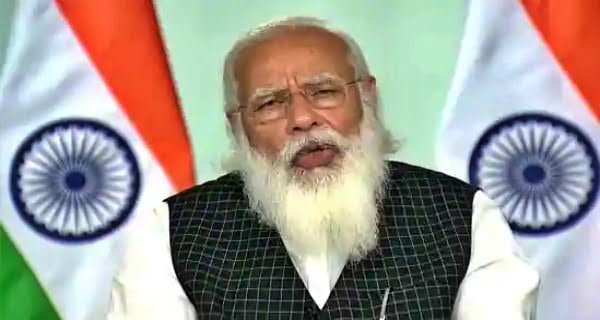 New Delhi: Prime Minister Narendra Modi held a meeting with the Chief Ministers of all the states today, amid the uncontrolled speed of Coronavirus updates in the country and the night curfew imposed to prevent the spread of this infection in many states. The virtual meeting was attended by Maharashtra Chief Minister Uddhav Thackeray, Karnataka CM BS Yeddyurappa, Nitish Kumar, and Union Home Minister Amit Shah.

In this meeting held with the Chief Ministers of all the states, Prime Minister Modi gave the mantra of Test, Tracking and Treatment. PM Modi said that the more vaccines we do today, the more we need to emphasize on testing. Testing and trekking play a very big role. We do not have to take the test lightly.

know the special mantra given for the prevention of corona of Prime Minister Modi:

01/07/2020/8:25:pm
https://youtu.be/i7nzDqyhlIs Mumbai: Everyone is surprised by the sudden suicide of Sushant Singh Rajput, who is a well-known actor in Bollywood and TV world. Since the...

There may be more terrorist attacks at Kabul airport, there is a risk of...

27/08/2021/9:48:am
Kabul: After the arrival of the Taliban, there is an uproar in Afghanistan. Three explosions, including two fidayeen attacks, took place outside the airport...

New Year’s countdown begins, find out where GMT will knock the New Year before...

Good news for those flying on festivals! The government gave a new order regarding...