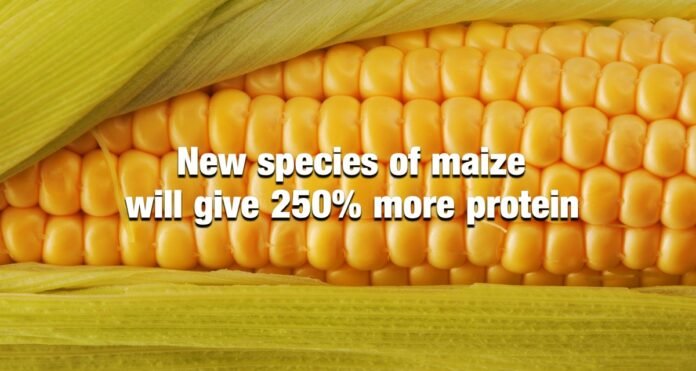 New Delhi: To meet the lack of protein in the body, one will no longer have to rely on expensive powders including meat, eggs, milk. Because Indian scientists have developed a special species of cereal grown in our farm itself so that our body will get more amount of protein. Yes, we are talking about Maize / Corn. We all know that eating maize has many benefits for our health. Maize, rich in many such nutrients like protein, carbohydrate, fiber, vitamins, minerals, and anti-oxidants, is included in our diet in many ways. But now Indian scientists have developed a new species of maize (biofortified maize), in which about two and a half times i.e. 250% more special types of proteins are found than normal maize. According to the news report published in Dainik Jagran newspaper, the scientists of Varanasi’s Banaras Hindu University (BHU) have named this particular species of maize as ‘Malviya Golden Maize-Van’. Let us tell you what Mahamana Madan Mohan Malviya, the founder of Malviya Ji BHU, is called.

This maize from the Institute of Agricultural Sciences of BHU will prove to be a big source of protein for the common man. This special species of Biofortified Maize has been prepared jointly by Prof. PK Singh and Professor JP Shahi of Maize Breeding/Genetics. Explain that the meaning of biofortified is to increase the number of nutrients in the crops through plant breeding.

What the experts say
Pro. According to JP Shahi (Prof. JP Shahi), due to the amino acids lysine and tryptophan present in this maize, those consuming it will not need a separate iron tablet to overcome anemia. It also accelerates the process of making calcium and blood in the body.

20/08/2020/9:51:pm
Jaipur: The Rajasthan government started its ambitious Indira Rasoi Yojana on Thursday by providing food plates for eight rupees. The plan is estimated to...

TestingXperts Certified as A Great Place to Work

29/10/2020/3:39:pm
London, United Kingdom & Pennsylvania, United States:  TestingXperts (Tx), a next-gen QA and DevOps company, is delighted to announce that it has been certified as a Great...

SC asked – If there is a large number of NOTA, should we cancel...

15/03/2021/1:17:pm
New Delhi: The Supreme Court on Monday issued a notice to the Election Commission and the Central Government, asking if at some point most...