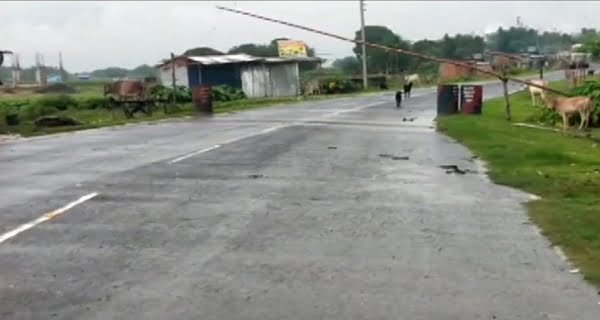 Kishanganj: In the midst of a dispute with India, the Nepal Police has once again opened fire on the border. In which a person has been injured. On Saturday, three people were injured in the shelling of three people on the border of Kishanganj district of Bihar along Nepal border.

Kishanganj District Superintendent of Police said, ‘One Indian was injured after Nepal Police opened fire on three Indian people near the Indo-Nepal border in Kishanganj. The injured were taken to the hospital. Investigation is going on. ‘

It is worth mentioning that on 12 June last month, Nepali police opened fire on Janaki city border in Lalbandi area under Sonbarsa police station of Sitamani bordering the border, in which one person was killed and five people were injured.

23/06/2020
Geneva: World Health Organization Chief Tedros Adhanom Ghebreyesus has called for a rapid increase in production of Dexamethasone, a cheap steroid which has been...

06/08/2020
Kerala reported the highest single-day surge in COVID-19 cases so far, as it confirms 1298 new cases today. The State Health department informed in...

19/12/2020
New Delhi: The graph of Coronavirus in the country has touched the figure of 1 crore. India ranks ninth in the world in terms...

Facebook’s big decision after the coup in Myanmar, all accounts related to army closed

25/02/2021
Naypyidaw: The social media company Facebook said on Thursday that it is prohibiting all accounts linked to the army and advertisements of companies in...

Saudi Arabia will allow all countries to fly in its airspace

02/09/2020
Dubai: Saudi Arabia will allow flights from all countries to pass through its air space to reach the United Arab Emirates. This is seen...