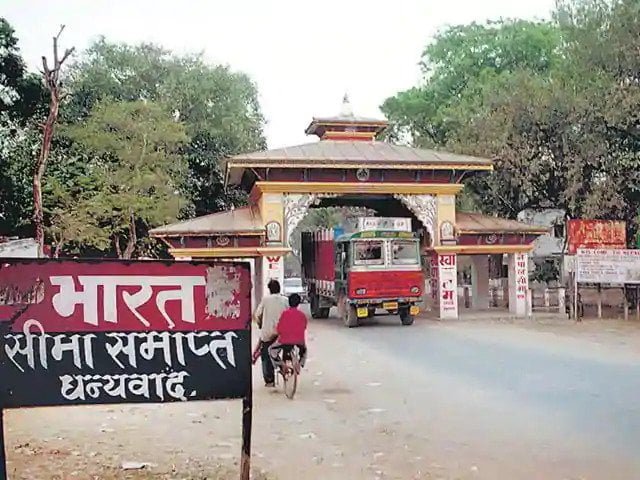 New Delhi: After Nepalese Parliament passed the amendment to include the new political map featuring areas of Lipulekh, Kalapani and Limpiyadhura in the Constitution of Nepal, India on Saturday said that the artificial enlargement of claims is not tenable and also violative of current understanding to hold talks on outstanding boundary issues.
In response to media queries on the passing of Constitutional Amendment Bill revising the Coat of Arms of Nepal by the House of Representatives, Ministry of External Affairs Spokesperson Anurag Srivastava said, “We have noted that the House of Representatives of Nepal has passed a constitution amendment bill for changing the map of Nepal to include parts of Indian territory. We have already made our position clear on this matter.

This artificial enlargement of claims is not based on historical fact or evidence and is not tenable, he said.
“It is also violative of our current understanding to hold talks on outstanding boundary issues,” the spokesperson added.
Nepal passed it with a majority of 258 votes out of 275, while no member voted against the bill.
A two-third majority of the 275-member Lower House was required to pass the bill.
Major Opposition parties including Nepali Congress, Rastriya Janata Party-Nepal and Rastriya Prajatantra Party voted in favour of the government bill to amend Schedule 3 of the Constitution to update the national emblem by incorporating the new controversial map.
On June 9, the Nepalese Parliament unanimously endorsed a proposal to consider the constitution amendment bill to pave way for endorsing the new map.

The country’s largest bank told this way to reduce imports from China!

08/07/2020
Mumbai: Amid the border dispute between India and China, the country's largest state-owned State Bank of India (SBI) has given a way to import...

28/08/2020
Bhopal: At present, all political parties are waiting for the announcement of the by-elections in the vacant 27 seats of the assembly in Madhya...

17/09/2020
Pune: Since the opening of Lockdown, the cases of Coronavirus have increased very rapidly across the country and are increasing continuously. Under these circumstances,...

21/08/2020
London: Britain's government debt has crossed two thousand billion pounds (about 2,600 billion dollars) for the first time. This is due to the massive...

Palpalnews hub is your news, entertainment, technology, politics, and lifestyle website. We provide you with the latest news and videos straight from the best news providers of the industry.
Contact us: [email protected]newshub.com