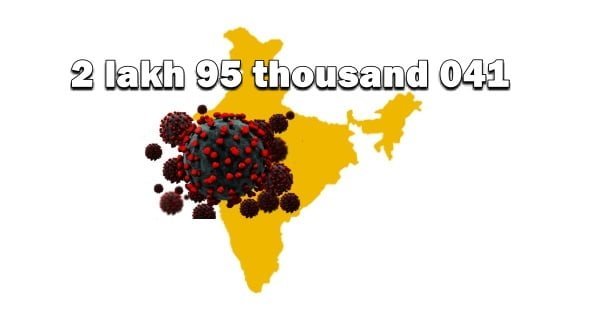 India has once again reached the top in terms of deaths happening every day. Brazil is on second and America on third. About 1,500 people are dying every day in Brazil, while in the US the figure is staying between 400-600. In India, 2020 patients died on Tuesday.

Kerala: The country’s coastal state Kerala is also reeling from the second wave of Corona. However, Chief Minister Pinarayi Vijayan is claiming to be fully prepared to deal with it. On Tuesday, 19,577 cases were found in the state. This is the largest figure of a day. In view of this, night curfew has been imposed in the state.

In the last 24 hours, 6.57 lakh corona infections have been identified in the world. During this period, 9,813 people also died. In the last few days, the highest number of cases are coming to India. More than 2.54 lakh cases were reported here on Monday. This was followed by Turkey (55,149), USA (51,650) and Brazil (34,642). In this way, India received 5 times more cases from Turkey and America and 7 times from Brazil.

I will not make a false promise to control the Covid-19 pandemic soon: Biden

29/10/2020
Bullhead City (USA): Democratic presidential candidate Joe Biden said Wednesday that he would not make false promises to end the Covid-19 epidemic in the...

10/02/2021
Washington: Former President Donald Trump has been severely accused by many women. But this time everyone is surprised to hear what has been revealed....

12/10/2020
Tripoli: Seven Indians abducted in the North African country of Libya have been released. The Indian envoy in Tunisia, Puneet Roy Kundal, has given...

Shot out near White House, President Trump is taken to a safe place

11/08/2020
Washington: Following the firing incident near the White House, agents of the US Intelligence Service took President Donald Trump to a safe location in...