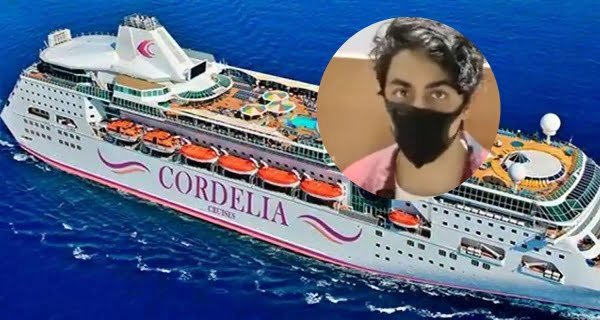 Mumbai: In the Mumbai cruise drugs case, the team of Narcotics Control Bureau (NCB) is continuously interrogating Aryan Khan, son of superstar Shah Rukh Khan, in custody. According to information received from sources NCB team can arrest Aryan Khan at any time. NCB zonal director Sameer Wankhede said that Shah Rukh Khan and Gauri Khan’s son Aryan Khan is being questioned at the bureau’s office in South Mumbai. According to the information so far, NCB team has got many important information from Aryan Khan’s mobile chat. In such a situation, the problems of Aryan Khan can increase now.

Top sources told that initial scanning of Aryan Khan’s phone has found messages which show that he used to consume drugs regularly and used to order drugs. Sources said that the case against Aryan Khan is quite “strong” and officials of the central agency are likely to arrest him after questioning. Sources told that Aryan’s arrest could happen anytime.

Sources said that seven other people have also been taken into custody in this case and they are likely to be arrested. Eight people (Aryan Khan, Arbaaz Merchant, Munmun Dhamecha, Nupur Sarika, Ismeet Singh, Mohak Jaswal, Vikrant Chhokar, Gomit Chopra) are being questioned in connection with the raid at an alleged rave party on a cruise off the Mumbai coast.

Let us inform that after raiding a cruise going from Mumbai to Goa on Saturday, the NCB team detained 12 people along with Shahrukh Khan’s son Aryan Khan while having a drugs party. Drugs like cocaine, LSD, hashish and MD were recovered from these people. Let us tell you that the drug paddler from Delhi had supplied cocaine while LSD was bought online. There were other celebrities on the cruise too, but no drugs were recovered from them. They have not been taken into custody.

Results of CA final and foundation will be announced soon

10/11/2020/9:32:pm
Lima: Amid the Covid-19 epidemic, a new political upheaval began in Peru on Tuesday. President Martin Vizcarra has announced that he is leaving the...

08/08/2020/10:46:pm
Mauritius: Mauritius declared a "state of environmental emergency" late Friday after it began to leak several tons of fuel from a ship owned by...