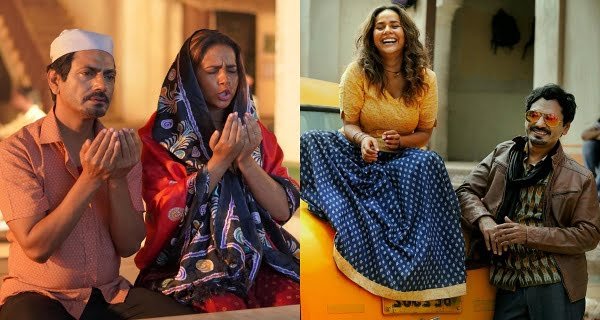 Mumbai: Bollywood actor Nawazuddin Siddiqui’s first music video ‘Baarish Ki Jaay’ has been released on Saturday. In the song video, Sunanda Sharma is seen with Nawazuddin Siddiqui who is playing the role of his love interest. This song shows a completely different dimension of love. The song has been written by the famous lyrics writer Jani and sung by B. Prak.

In the music video, Nawazuddin Siddiqui has been seen dancing for such a long time for the first time. Talk about the story shown in the video of the song, this story is based on a true incident. Arvinder Khaira has directed this album, which is known as the concept king in Punjab. The video of the song has been released on the YouTube page of Desi Melodies.

The story of rains ki jaye is telling their feelings and love between the two hearts in a new way in front of the society. The song lyrics and its story directly connect the audience with themselves. Director Arvinder Khaira is known in Punjab as a great director who has directed many great music albums like “Pachhtaoge”, “Phihalal”, “Soch”, “Kya Baat Hai”.

France: Thousands of passengers stranded in trains overnight due to power supply problem

31/08/2020
Paris: Thousands of passengers were caught overnight in high-speed TGV trains due to electricity supply problems in South Western France. They were longing for...

Impact of Corona epidemic on Ganapati festival, Lalbaugcha Raja will not celebrates this time

01/07/2020
Mumbai: Corona virus has started to affect the festival. Lalbaugcha, one of the most famous Ganpati mandals of Maharashtra, will not celebrate Ganpati festival...

21/10/2020
New Delhi: Onion prices have been rising even after the decline in demand during Navratri. At present, the wholesale price of onion in Maharashtra's...

24/10/2020
New Delhi: The Union Public Service Commission (UPSC) on Friday announced the results of the Civil Service Preliminary Examination 2020 on its official website....