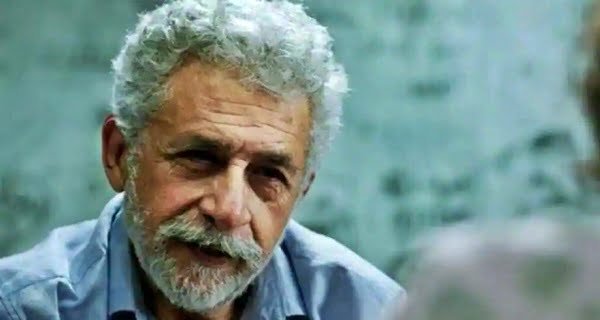 Mumbai: Actor Naseeruddin Shah says he understands why the ‘Khans of Bollywood’ don’t vote, but he (Shah) can speak his mind as he has nothing to lose. Shah said the ‘khans’, who have been at the pinnacle of the film industry for 20-30 years, should have had more faith in their potential.

Shah said in an interview to India Today, “How much will they lose? One or two ads will be lost. It is nothing…… the trouble they have to go through is what matters. That would be difficult for them. This is an example of how Aamir and Shah Rukh backed down after a harmless statement. I think I can speak because I don’t have much to lose.”

Shah’s interview was shown on Tuesday night. The actor said the film industry has the power to be independent and wish they had enough courage too. “But they don’t speak because their interests are huge and they have a lot to lose and they are easy targets,” he said.

Shah is known for his outspokenness. He also cautioned about “rising right-wing bigotry”. He clarified that his remarks on a section of Indian Muslims celebrating the rise of the Taliban were misinterpreted by a community.

06/10/2021/9:09:pm
Houston (USA): A post office in West Houston has been renamed after Indian-American Sikh police officer Sandeep Singh Dhaliwal, who was shot dead in...

23/10/2021/10:05:am
New Delhi: Many companies in the country are providing the facility of Buy Now Pay Later. This concept is becoming increasingly popular. Under this...

27/10/2020/9:56:am
Bengaluru: The Indian Institute of Management (IIM) is a postgraduate program of Bengaluru in the list of top 100 global courses. IIM Bengaluru's Postgraduate Program...

04/06/2022/10:24:pm
China: A high-speed train derailed on Saturday due to a landslide in southwest China's Guizhou province. The train driver died in this accident, while...

When was the first meeting between Bharti and Harsh? whole story...