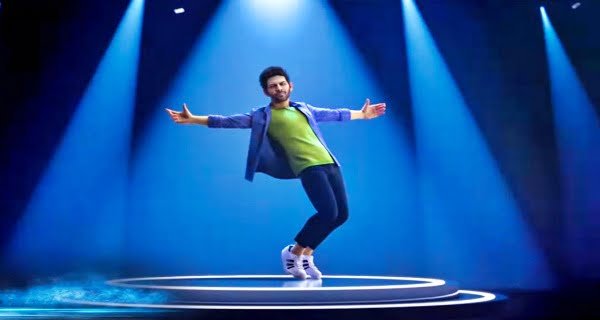 Mumbai: Nachunga Aise is an experience never seen before, created by retrofits using virtual production technology.
As the year draws to a close, Bhushan Kumar’s T-series is continuously giving hit songs one after the other. In another song, the music is all set to present to a heavyweight audience. Nachunga Aise is a never before seen experience created by retrofits using virtual production technology.

Produced by Om Raut, composed and sung by Milind Gaba, written by Asli Gould, and choreographed by Bosco-Caesar, Upbeat Dance Song features a catchy tune and fun lyrics, which are a part of youth. Will touch your heart. This is the first time that the audience will experience a video that has been completely digitized.

This song is designed to revolutionize future music production. The year 2020 has taught all of us that anyone can co-exist here and make their own place in the virtual world. ‘Nachunga such’ is going to prove that world-class music content can be created in a simulated way too.

This catchy video is conceptualized and produced by the retrofiles team. It is integral to note that the team has made optimal use of cutting edge technology for this video that is compliant with international standards. But this song has been created by an Indian team of technicians at retrofiles, which highlights the fact that India has a global grasp on everything including entertainment and production. The video, shot during one of the worst pandemics in history, has been produced in a lockdown friendly manner, presenting Karthik Aryan as the actor of India’s first digital avatar. This video has been produced as a virtual production.

Talking about introducing a new type of music video, Bhushan Kumar says, “Whenever we produce a film or song, we try to give our audience a different experience. The effort made by the team of T-series and retrofiles for Nachunga is also one such effort. We have created a cutting-edge virtual video, which has never been seen before. After working with Karthik in several films together, we have seen that he has a wonderful connection with the youth. So we unanimously agreed that Karthik is the best option to base our digital avatar. ”

Talking about Milind and his composition, Bhushan Kumar says, “Milind has carved a distinct identity as a composer-singer and with this song he has left a distinct mark among the fans. His real gold always comes out as something quirky and attractive. “

For his fans who will experience their favorite actor in a completely different way, Karthik Aryan says, “This character of Nachunga Aise is truly admirable for me. I am very happy to collaborate with Om Raut’s ‘Nachunga Aise’ dance track. I think this concept is very good and I am happy that I am a part of this futuristic and digitally forward song. Salute to T-Series and Bhushan Ji for making this song. “

Says Om Raut, “This is the first time we have used gaming technology in visual production. The mix of Entertainment and Digital Medium is going to be the biggest success in the year 2020 and this video will inspire Entertainment to take a new flight. The future of production begins with a new virtual mode of production. I am not only excited to make this kind of video, but also want to see how the audience reacts to this video. ”

Milind Gaba says, “I am very happy that ‘Nachunga Aise’ is being released on such a big Christmas occasion. Bhushan sir gave me a big surprise when he told me that a famous actor like Karthik is on-board. This song is India’s first digital avatar music video. It is a result of everyone’s hard work and I hope the audience likes it very much. “

30/09/2020
New Delhi: The Union Ministry of Home Affairs has released its 5 guidelines on Wednesday. In Unlock 5, the government has given permission to...

03/10/2020
Patna: Seats have been divided in the Grand Alliance for the Bihar Assembly elections. In a press conference held in the capital Patna on...

09/10/2020
New Delhi: In addition to Google Pixel 4a, Google has launched its new smart speaker Nest Audio in India. Until then, Google has been...