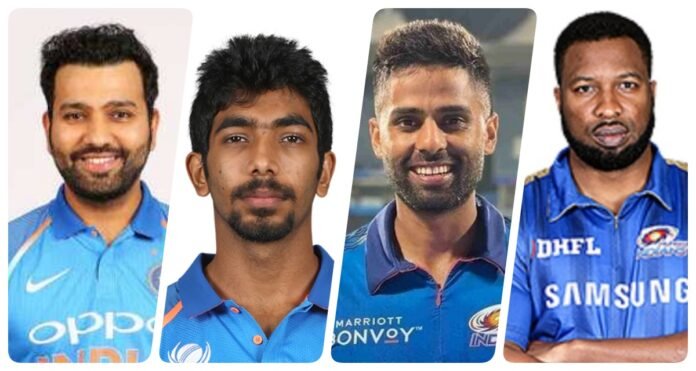 New Delhi: Record 5-time champion Mumbai Indians have retained 4 players from their team before the mega auction for the next season. The first name among them is that of Rohit Sharma, who is also the captain of this team. Under Rohit’s leadership, the team has performed brilliantly so far. Although he had a poor performance in the last season the team has retained him.

Rohit Sharma has done very well in the league. He has experience of 213 matches in IPL. Rohit has scored a total of 5611 runs in this prestigious T20 league with the help of 1 century and 40 half-centuries. At the same time, Kieran Pollard has scored 3268 runs in 178 matches, including 16 half-centuries. Bumrah has so far taken 130 wickets in 106 matches while Suryakumar has 2341 runs in 115 matches. Suryakumar has also scored 13 half-centuries. There were also reports of Ishaan Kishan being retained, but Mumbai has bet on Suryakumar. Now Kishan will enter the mega auction.

Will you have to pay for Instagram? Know how much you will have to...

10/11/2021/8:32:pm
New Delhi: According to big news, now Instagram is now also bringing the facility of subscription-based on its platform. Yes, this information has come...

OnePlus giving big offer on powerful 5G phone with up to 8GB of RAM,...

19/12/2021/11:31:am
The OnePlus Community Sale has started, and in the sale, customers can bring the OnePlus smartphone home at a much lower cost. Although offers...

Hindi version of ‘Pushpa’ released here, have you seen the film?

14/01/2022/2:33:pm
Allu Arjun and Rashmika Mandanna starrer film 'Pushpa: The Rise' Hindi-speaking lovers were waiting for a long time. Directed by Sukumar, this film is...

IGNOU extends deadline for admission and submission of assignments