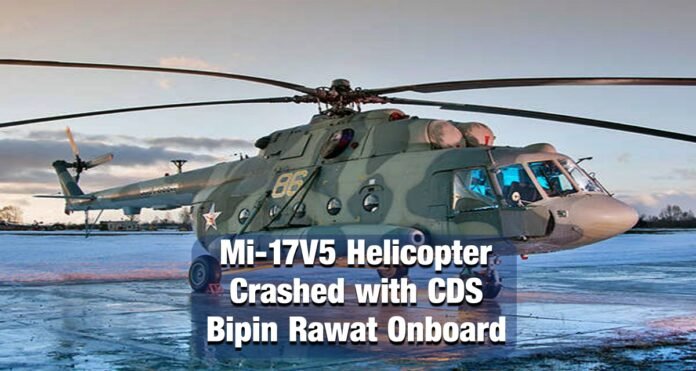 It is a medium-lift helicopter of the Air Force, which is an important part of the Air Force. This combat role serves to transport soldiers and officers from one place to another. So let us tell you what is its specialty…

This is the specialty
These Mi series helicopters are being used in many countries around the world. The performance of these helicopters is considered quite reliable. The helicopter is designed on the basis of the Mi-8’s airframe. However, more advanced technology has been used in this than before. Helicopters can easily fly in all weather i.e. very cold and very hot environments.

The cabin of the helicopter is very big. Its floor area is more than 12 square meters. The helicopter is designed in such a way that the cargo and troops can be rapidly unloaded through the rear. On the other hand, the Mi 17 V5 has been upgraded based on the specific needs of India.

Never Thought It Was Possible To Be Bollywood Actor With No Connections To Films:...

24/06/2020/11:52:pm
Actor Sidharth Malhotra says coming to Mumbai to explore a career in Bollywood was not easy, adding that support from his family helped him...

PMC bank depositors did not get justice even after 19 months!

06/07/2020/12:55:am
New Delhi: The Central Board of Secondary Education-CBSE has partnered with Facebook to launch a free and comprehensive training program for teachers and students...