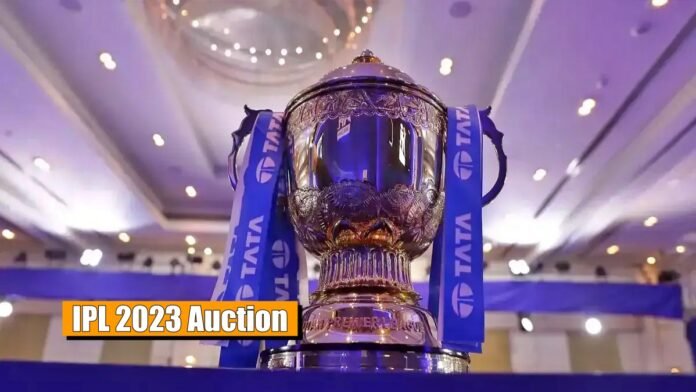 New Delhi: The players are to be auctioned for the Indian Premier League 2023 this month. Players from countries around the world have registered themselves for this mini auction. The BCCI has informed on Thursday evening that a total of 991 players have given their names to participate in the auction for next year’s tournament. In this auction, there are 714 names of players from India while 277 from other countries. Most players are from Australia.

BCCI has shared the number of players who have registered for the mini IPL auction to be held in Kochi on 23rd of this month. On November 30, the BCCI had fixed the last date for registration. It was told by the board that a total of 991 names have been sent including cricketers from all the countries around the world. There are a total of 714 players from India who want to participate in the auction. And the total number of foreign players is 277. In this, apart from Australia, England, New Zealand, South Africa and West Indies, players of all the major cricket playing countries are included.
advertisement

How many registrations were done from which country
According to the list shared by BCCI, maximum registrations have been done by players from Australia. Australia 57, South Africa 52, West Indies 33, England 31, New Zealand 27, Sri Lanka 23, Afghanistan 14, Ireland 8, Netherlands 7, Bangladesh, Zimbabwe, UAE 6, Namibia 5 and Scotland 2 cricketers have sent their names.

How many players registered

Jammu airport Drone Attack Only for ‘Optics’, No Involvement of Sleeper Cells in Jammu

28/06/2021/12:21:pm
New Delhi: The twin explosions that rocked the high-security technical area of Jammu airport in the early hours of Sunday may have been planned...

06/11/2021/4:55:pm
Sierra Leone: A major accident has happened in the African country of Sierra Leone. There was a huge explosion in the oil tanker here....

JEEP premium SUV Grand Cherokee booking starts, know how much is price and how...

07/11/2022/11:13:pm
New Delhi: Jeep has started taking bookings for its premium segment SUV Grand Cherokee in India as well. This jeep car was being awaited...

05/03/2022/9:24:pm
Kyiv: In Kherson, Ukraine, a crowd of hundreds of people started protesting in front of the Russian military. As the demonstrators moved forward, armed...

More Than Half of Visitors to teamLab Planets in Toyosu, Tokyo Now Come From...