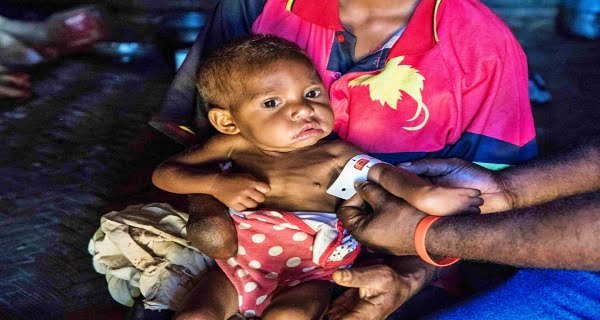 New Delhi: The Ministry of Women and Child Development, in response to a question asked under the Right to Information (RTI), has said that more than 33 lakh children are malnourished in the country. Malnourished) and more than half of these fall into the category of Extremely Malnourished. Maharashtra, Bihar, and Gujarat top the states with malnourished children.

The Ministry of Women and Child Development, apprehensive that the health and nutritional crisis due to the Covid epidemic will worsen among the poorest of the poor, has estimated that as of October 14, 2021, 17,76,902 children in the country are severely malnourished and 15,46,420 Children are undernourished.

The ministry, in response to an RTI application by PTI, said that data from 34 states and union territories yielded a total of 33,23,322 children. These data were registered on the POSHAN app developed last year to monitor nutrition outcomes. These numbers are worrying in their own right, but they raise more concerns than they were in November last year. Between November 2020 and October 14, 2021, there was a 91 percent increase in the number of severely malnourished children.

However, there are two types of statistics in this regard which are based on different methods of data collection. Last year, the number of severely malnourished children (from six months to six years) was counted by 36 states and union territories and reported to the Centre. The latest data is taken from the nutrition tracker app where the data is directly entered by the Anganwadis and received by the center.

08/09/2020/8:34:pm
Tokyo: The campaign for the leadership of the ruling party in Japan officially began on Tuesday and Yoshihide Suga a long-time leader close to...

6 lane tunnel being built in Madhyapradesh: canal over tunnel, then road

28/09/2021/3:08:pm
Rewa: The only tunnel of Madhya Pradesh is being built in the Mohania valley on the Rewa-direct route. Above this tunnel there will be...

11/07/2021/7:40:pm
New Delhi: The country's intelligence agencies have revealed that Pakistani agencies ISI and Khalistan are adopting this new method to promote terror. Failing which...