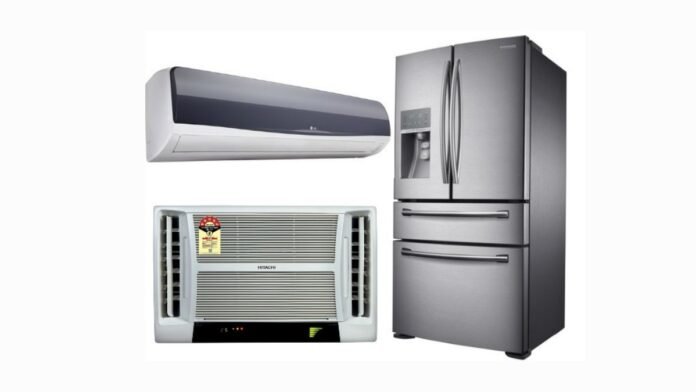 New Delhi: Due to the scorching heat in most parts of the country, the demand for cooling products such as refrigerators, air conditioners, coolers, and fans has increased. Their sales have doubled this summer. This information has been given in a report by Croma, a retailer of Tata Group’s consumer electronics products.

It was told in the ‘Unboxed Summer 2022’ report that this time the sales of refrigerators have increased by more than 100 percent compared to 2021. At the same time, ACs have also been sold three times more. The sales of coolers were 2.5 times higher and their sales were highest in Pune. Fan sales also doubled and one in five customers was from Bengaluru.

Highest AC 5 Star Rated for Sale in Delhi
The highest number of ACs sold in Hyderabad, Delhi-NCR, and Bengaluru were 5-star ACs with low power consumption. Whereas in Mumbai, Ahmedabad, Surat, Chennai, Vadodara, and Indore more than 50 percent of buyers bought 3-star ACs. The report said that most of the ACs sold in Mumbai, Thane, Pune, and Kolkata were of one tonne. In North and Central India, 1.5 tonnes of ACs were bought more and the number of ACs of this capacity accounted for 60 percent of the total sales.

50% portable AC sold in only 4 cities
Of the portable ACs, 50 percent were bought only in Mumbai, Bangalore, Hyderabad, and Pune. At the same time, 62 percent of hot and cold ACs were purchased in Delhi-NCR this summer. Avijit Mitra, Managing Director and Chief Executive Officer (CEO) of Croma said, “Consumers are opting for comfortable and low power consumption products.”

Sales of many other electronic products also jumped
According to the report of Croma, apart from cooling products, sales of microwaves have also seen a jump of 80 percent compared to last year. Along with this, sales of men’s grooming and shaving products have also increased by 63 percent. Apart from this, the sale of travel batteries and chargers has more than doubled. Sales of large screen TVs have increased by more than 200 percent.

30/06/2020/7:44:pm
New Delhi: Prime Minister Narendra Modi addressed the nation and announced that the scheme of free ration for the poor is extended until November....

Women 20 (W20) Challenges G20 Leaders to Close the Gap Between Imagination and Reality...

Company is giving a bonus of 11.50 lakhs for having children in China, a...

31/01/2022/10:11:am
Beijing: The world's most populous country, China is troubled by its declining population (China Demographic Crisis). The Communist Chinese government is taking various measures...