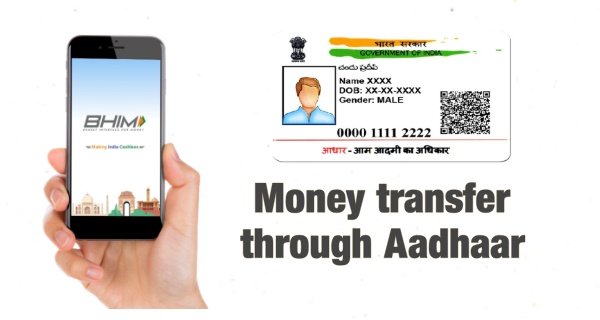 New Delhi: BHIM users can send money to other users using the Aadhar card numbers. Digital financial transactions in India have expanded significantly since the COVID-19 virus. Now digital systems are being used for all types of payments, from education to grocery items. But till now some people are not getting the benefit of it, because even today there are many users in India, who do not have any smartphone and do not have information about UPI. Because of this, they find it difficult to transfer money. Now solving the problem, the Unique Identification Authority of India (UIDAI) has informed that people who use BHIM can send money using Aadhaar number to receivers without a smartphone or UPI address.

Let us tell you that BHIM is a UPI-based payment interface that allows real-time fund transfer using a single identity like your mobile number or name. According to UIDAI, in BHIM, the receiver’s address shows an option to send money using the Aadhaar number. If you are a BHIM user and want to send money using your Aadhaar number, then it is very important for you to know these things.

According to UIDAI, the money will be credited on transfer to the bank account chosen by the receiver to get DBT/Aadhaar based credit. Simultaneously, Aadhaar number and fingerprint can be used to make digital payments to merchants using Aadhaar Pay POS to receive payments. If a user has accounts in more than one bank and all accounts are linked with Aadhaar, then all accounts can be used to make digital payments. According to UIDAI, while making Aadhaar based payment, you will be given the option to select the name of the bank from which you want to make the payment. Thus the users have the option to select the bank every time they make a payment. Also, while making payment through Aadhaar Pay, your account will be debited online/immediately.

31/07/2020/10:48:am
Kabul: Eight people were killed and at least 30 injured in a suicide bomb attack late Thursday in Logar province, east of Afghanistan. Officials...

Farmers in Delhi have made serious allegations against the Modi government, laws are made...

18/06/2020/11:21:am
Indore: The administration held a meeting with the religious leaders of temples, mosques, gurdwaras and churches, etc. in connection with the opening of the...