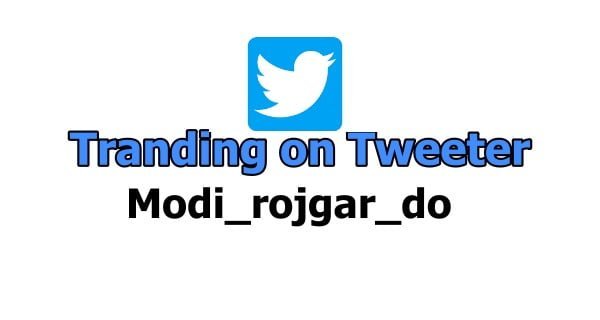 New Delhi: Since Monday night, Twitter has been running many campaigns in the name of Prime Minister Narendra Modi, which is currently trending a lot. These include hashtags like #modi_rojgar_ do, #modi_girlfriend_do and #modi_boyfriend_do. Let us tell you that on February 25, the student #modi_rojgar_do #modi_rojgar_ was about to run two hashtags with some of his demands from Prime Minister Narendra Modi but it already went on Twitter and YouTube (Twitter and Youtube) and more than 2 million tweets in two days Have also happened.

Students start campaign
Earlier, students have run a campaign against the center on social media regarding competitive examinations. When the examinations were postponed at the time of the Corona epidemic, he started the campaign ‘I too am unemployed’ and now he is launching the ‘Modi Rojgar Do’ campaign.

Actually, this campaign is being carried out with the result of Combined Graduate Level (CGL) Tier-2 Exam which was released on 19 February and the students questioned the result process of the examination held on 15, 16 and 18 November.

According to reports, the protesting students allege that the exam held on November 18 was easy and the students scored 200 out of 200 marks but when the result was released, many students were not selected.

Students also say that 100 numbers have been cut in the examination on November 18, while on November 15 and 16, the number of those who were tested has been increased from 50 to 80. Students do not understand under which process this has been done and they are expressing their anger on social media about this.

What do students want

05/12/2020
London: A group of 36 MPs from various parties in Britain has written a letter to Foreign Minister Dominic Raab asking him to introduce...

Why did the court give direction to expression-disagreement? : Toolkit case

24/02/2021
A 22-year-old climate change activist, Disha Ravi, who was arrested at the hands of the Delhi Police in a toolkit case related to the...

Coronavirus spreads rapidly in China, lockdown imposed in many states

20/01/2021
Beijing: The number of corona infectives in Beijing has suddenly increased over the past three weeks. This is the fastest increase in the number...

Fake trailer of PUBG Mobile India being shared on WhatsApp, know about the...

25/11/2020
The launch of PUBG Mobile India has been officially announced. However, the official launch date is still awaited. Following the ban in India in...