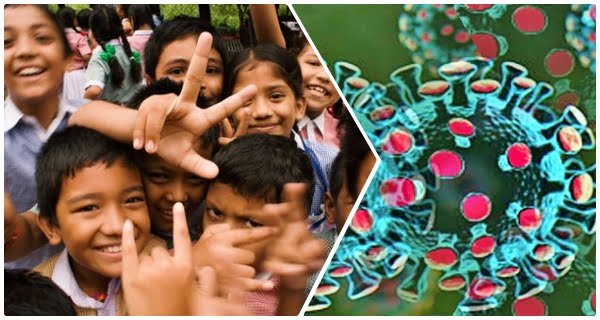 New Delhi: Amidst the increasing cases of corona in the United Kingdom, a virologist has questioned the vaccination strategy. While the government is trying to increase the vaccination speed, virologist Julian Tang of the University of Leicester has said – Recent data has revealed that the spread of the virus increased in people under 30 years because they had less vaccination. Now the government is vaccinating everyone above 18. In such a situation, children under the age of 18 can be carriers of the virus.

According to the UK Health Department, 99 percent of the cases in the surge in corona cases are of the delta variant. This variant was first found in India. The process of unlocking is going on in the UK at this time. And in the meantime, the cases are also increasing. The government believes that if 70 percent of the country’s population is vaccinated by July 19, the third wave will weaken.
The carriers of the Delta variant could be school children

But Julian Tang says that the government is currently vaccinating only those 18+. In such a situation, if the adult population becomes safe after vaccination, then the prevalence of the delta variant will be highest among minors. The carriers of the Delta variant can be school children. That is, the spread of coronavirus can increase in this age group.

After the 2016 elections, Trump wanted to make me Secretary of State: Nikki Haley

27/03/2021/9:13:pm
London: In another 'Kill the Bill' anti-lockdown protests in the southwestern city of Bristol, England, hundreds of protesters lay eggs on British police officers...

US aid begins to arrive after a deadly explosion in Lebanon

07/08/2020/7:35:pm
Washington: The US has begun to provide aid thereafter a massive deadly explosion in Lebanon, and is amidst long-standing concerns about how officials will...

27/07/2020/6:53:pm
Singapore: Scientists in Singapore have developed a technique that will give the results of a laboratory test of Covid-19 in just 36 minutes. The...