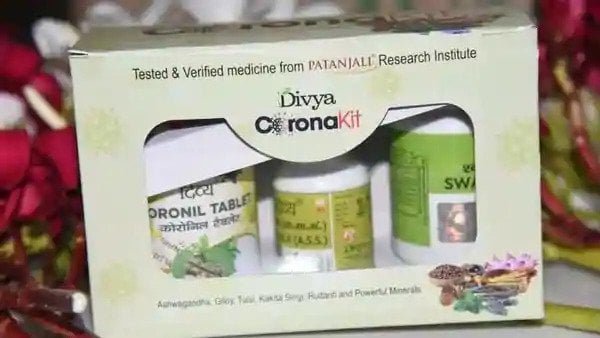 New Delhi: The Ayush Ministry has taken cognizance of the media reports about Ayurvedic medicines developed by Baba Ramdev for Patanjali Ayurved Ltd for COVID-19 treatment. The ministry said that until the drug is checked, the company has to stop its publicity.

Scientific study demands complete information
Regarding Patanjali’s medicine for the treatment of corona on Tuesday, the AYUSH ministry said that Patanjali claimed to have made the medicine after scientific studies. We do not know about it Therefore, we have asked Patanjali to provide detailed information about the sample size, location, hospital where the study was conducted and the Ethics Committee approval.

No publicity allowed without investigation
The Ministry of AYUSH has clearly stated that till the drug is not tested, its propagation and dissemination will be completely banned. The ministry said, “Patanjali’s alleged drug, drug and miracle treatment (Offensive Advertisement) Act, 1954 is regulated.”

Explain that on Tuesday, Baba Ramdev launched this medicine of corona virus. Patanjali Research Institute and National Institute and Medical Science, Jaipur have prepared it. During this time Baba Ramdev said, ‘The moment the world was waiting for has now come. The first medicine has been prepared on the corona. With the help of this medicine, we will keep all kinds of complications of corona under control. He said, With this medicine, the patient of corona for three days is 69 percent cured and in 7 days 100 percent is cured. Also, this drug was tested on 240 people.

26/11/2021/2:33:pm
Islamabad: The future ministers of the new Taliban government of Afghanistan are taking political education from the madrassa of Haqqani Network, located about 60...

30/03/2021/9:00:pm
New Delhi: There has been some softening in India-Pakistan relations recently. It is reported that PM Narendra Modi on one hand greeted Imran Khan...