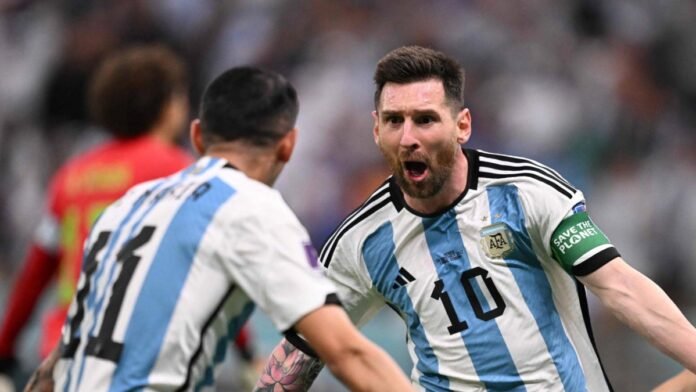 By defeating Saudi Arabia, Mexico’s team definitely equalized with Poland in the points table, but it lagged behind Poland in terms of goals scored. Due to which the team of Poland has reached the pre-quarterfinals. In this way, the teams of Saudi Arabia and Mexico are out of Group-C. Poland qualified for the pre-quarterfinals by finishing second in the group. Now in Super-16 Poland will face defending champions France.

Messi broke the record of legend Maradona
Argentina captain Lionel Messi appeared in his old colors in the match played against Poland. Although he could not convert a penalty into a goal in the match. Even after all this, Messi’s team showed a strong game. Argentina dominated the whole match. During the match, it seemed as if Argentina were playing close to the Polish goalposts. Messi created history by entering this match. Now he has become the most 22-match player for Argentina in the Football World Cup. In this case Messi has broken the record of legend Maradona.

Mexico out of the tournament despite the win
In the second match of the group, Mexico beat Saudi Arabia 2-1, showing a great game. This match was also very exciting. Neither team could score in the first half. After this, in the second half, Mexico played aggressively. Henry Martin scored the first goal for Mexico in the 47th minute. After this, Luis Chavez scored the second goal in the 52nd minute to put Mexico in a strong position and Mexico won the match easily. But, despite this, Mexico could not make it to the last 16.

The truth of Sushant’s death will be revealed soon, AIIMS reports to CBI

28/04/2021/11:19:am
New Delhi: The country is going through a very difficult phase amidst the second wave of Coronavirus. The number of those who lost their...

Layoffs at Meta and Twitter, employees want to get new jobs as soon as...

Monkeypox panic in many countries; symptoms and how does this disease spread?

21/05/2022/9:50:am
New Delhi: Scientists are worried about the emergence of a rare infection in the world battling Kovid, named Monkeypox. Although no case of infection...

18 Indian nationals stranded in China to return home on February...