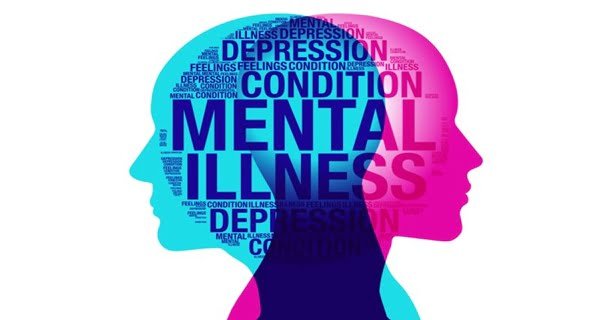 New Delhi. The number of mentally ill patients has started increasing since the lockdown in the country. During the Coronavirus Lockdown, many famous people have committed suicide by becoming mentally disturbed. In the past few days, many names such as film actor Sushant Singh Rajput, IIT Kanpur professor Pramod Subramaniam, 25-year-old junior resident of AIIMS, Dr. Anurag Kumar and 16-year-old Tittock girl Sia Kakkar Can be taken in the list.

Now a new type of disease is being seen in people. Psychiatrists believe that for the last few months, patients, especially those recovering from corona, are also under depression and stress. They are complaining of sleeplessness. Doctors who treat mental patients say that there were more patients of anxiety before the lockdown, but the number of depression patients has doubled since the lockdown opened.

What is the condition of big hospitals in Delhi
“There is a need to understand in two ways,” says Dr. Rajesh Kumar, a psychiatrist at Max Super Specialty Hospital, Patparganj, East Delhi. First let’s understand the situation before Kovid. People used to think that if I do not have an infection, I was adopting different methods for protection. Because of fear, people were doing what they did not need to do. Such as putting a mask in the house, putting a mask inside the car, also applying a mask in isolation. This is also a kind of engagement. This shows us the level of disease. People were not meeting their own relatives due to fear. All this later leads to depression. Now depression patients have increased significantly in June and July as compared to Corona period i.e. April-May. In the past, if 30 to 40 percent of the patients used to come in psychiatric OPD, they have now doubled. The cases of anxiety have now turned into depression.

This is the condition of post-covid patients
Dr. Rajesh says, “Before Kovid, there was a fear of infection, but there is a difference in this disease.” Such patients feel scared of their past experiences. The behavior of doctors, watching people die in front of their eyes, etc. such symptoms cause panic attacks in man. There is also the fear that the disease does not happen again. Some people start living in depression due to living in quarantine.

What precautions should be taken in the treatment of such patients

What do the country’s big psychiatrists say
Dr. Samir Parikh, a well-known psychiatrist of the country, says, ‘For the last few months, patients with Anxiety Panic Attack are coming more in hospitals. Symptoms are seen in patients such as nervousness, palpitations, chest pressure, strangulation, difficulty in breathing, lack of sleep, excessive sweating, restlessness, fear of death due to such an increase. Such symptoms can be caused by psychiatrists only. This is a purely psychological problem. Such people need psychiatric treatment.

Which class of people are affected more
Says psychologist Vishal Kumar, ‘The conditions resulting from lockdown and post lockdown have affected the middle and upper-class people the most. Passing time is a challenging time for all of us. Particularly unsafe for those who are already suffering from some mental health-related problems. If we review the profile of these victims, then we find that most of the people belong to the middle class or upper-class families.

Vishal says. ‘In our current social system, mostly middle and upper-class people between the ages of 30 and 45 are full of ambitions to achieve extraordinary things. Life is full of struggles and responsibilities. In such a situation, any change that hinders their life weakens them emotionally.

19/09/2021/8:44:pm
New Delhi: Charanjit Singh Channi will be the new Chief Minister of Punjab. The Congress high command has taken this decision with the unanimous...

15 crore to become extremely poor by 2021 due to Corona epidemic: World Bank

26/02/2022/9:22:am
Brussels: Luxembourg Foreign Minister Jean Esselborn said on Friday that the European Union is "very close to an agreement" to freeze the assets of...

Will Pakistan remain on the gray list or will it get relief? FATF will...

OnePlus’s popular 5G smartphone is getting cheap 3 thousand rupees, will...

Supreme Court seeks status report from UP government, hearing will be...

“Ask my strength to those who are in opposition even after...