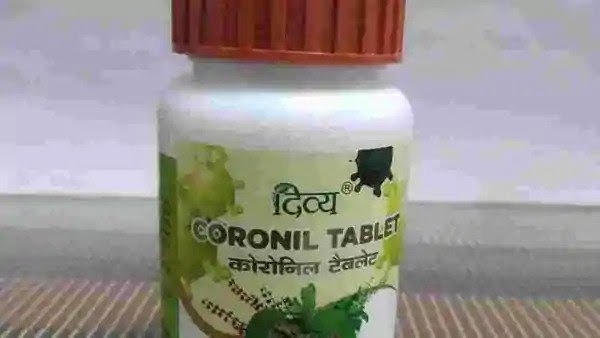 New Delhi: “The AYUSH ministry has allowed only that particular substance to be sold as an immune-enhancing substance and not to be sold as a Kovid-19 drug.” Although the company retracts from calling Coronil a ‘cure’ for Kovid-19, the company still claims that its trials on partially and moderately ill patients were successful. Patanjali Ayurved Limited in its press release said that the test was done only after necessary permission and within seven days the medicine worked on patients up to 100%. The company said that the Ministry of AYUSH had “fully agreed” that Patanjali worked “appropriately on the management of Kovid-19”. The company says that there is no conflict of opinion between the Ministry of AYUSH and Patanjali. The company said that according to the ministry, Patanjali is free to produce tablets of Divya Coronil, Divya Shwasari Buti, and Divya Anuketil and sell it all over India. At the same time, Yoga guru Ramdev said during a press conference in Haridwar on Wednesday that Patanjali Ayurved had all kinds of approvals for making coronil and the dispute with the AYUSH ministry regarding medicine has now ended.

At the press conference, Ramdev claimed that the Ministry of AYUSH has made it clear that there is no dispute about his medicine. He said that this drug has been made to reduce the effect of corona and now this drug will be available to people all over the country. He claimed that the ministry has asked him to use the word ‘COVID management’ instead of ‘treatment of Kovid’ and he is following it. Acharya Balkrishna, general minister of Patanjali Yogpeeth and research scientist of Ayurveda, Devendra were also present during this period. Ramdev said, “The Ministry of AYUSH has said that Patanjali has done a fair job for managing Kovid-19. I want to tell people that whoever wants to take these drugs, there is no restriction on their sale now and from today they will be available in the form of kits everywhere in the country. ” A kit has been prepared by combining coronary as well as inhaled butane and oily medicines. Accusing the drug mafia of being behind the entire controversy, he said that they were terrified of Corona Breath and his billions of rupees business roots and mortise were shaken by Patanjali. .

Ramdev said, “Patanjali Ayurved has just worked to reduce the effect of corona and it is not going to give up.” He said that more than 500 scientists are continuously researching 10 serious diseases including blood pressure, asthma, diabetes and soon Patanjali will put the shocking results of all these diseases in front of the world. He said that Patanjali will continue its campaign to make the country disease-free. Last week, on June 23, Swami Ramdev launched Coronil, claiming to cure Kovid-19 patients. In this regard, he had said that clinical trials of coronil have been done in collaboration with a medical university in Rajasthan and that 100 percent of corona virus-infected patients have been cured. However, controversy erupted in the country as soon as it was launched and the Union AYUSH ministry had banned the sale and advertisement of medicines till the matter was investigated. Also, the AYUSH department of Uttarakhand had also issued a notice to Patanjali Ayurved saying that no permission or license to manufacture medicines for Corona was obtained.

Ramdev said that Patanjali is already saying that the medicines made were used on corona virus-infected patients and their disease was cured. He said, “The fact is that these drugs act as immunity boosters (immunity-boosting drugs)”. Just as the coronavirus penetrates into the body and exerts its effects on various organs, these drugs eliminate its effects and make a man healthy. ” Ramdev said that all claims, including the clinical trial license to manufacture the drug, manufacture the drug according to government standards and cure the patients, are true and Patanjali continues to maintain his claims even today.

20/01/2021
New Delhi: The 10th round of talks between the Farmer Unions and the government, which were protesting against the farm laws, took place in...

07/08/2020
Bhopal: The MP Board has released the time table for the special examination. The Special Examination is to be held from August 17 to...

China claims: its sovereignty over the South China Sea for a thousand years

15/07/2020
Beijing: Rejecting US accusations of establishing a 'sea empire' in the disputed South China Sea, China on Tuesday claimed that it had sovereignty over...

19/08/2020
Officials in Mauritius have arrested the Indian captain of a Japanese vessel (Japanese Vessel) that was trapped in shallow waters near Mauritius and recovered...

02/01/2021
Indore: A bird flu virus was confirmed in the recently found crows in a green area of ​​Indore. Due to this, the vigilant administration...