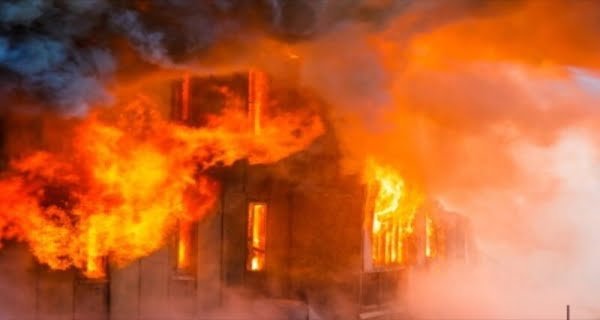 Surat: A severe fire has occurred in Surat, Gujarat. The fire broke out at the ONGC plant here at around 3 pm with a massive explosion. The echo of the blast was heard far away. After this, the high flames started rising. Till morning the fire was tried. However, ONGC claims that the situation is completely under control. It is a matter of honor that no one died in the accident. According to residents, the explosion was so tremendous that the windows of the houses broke the glass. People came out of the houses panicked.

According to Surat Collector Dhawal Patel, an immediate attempt was made to control the fire. Tehsildars and administrative officers of the district are present on the spot. The cause of the fire is not yet known. The fire was in an emergency on-site. There is no need to panic the people around as there is no off-site emergency. That is, there was definitely a danger inside the plant due to fire, but people were safe outside. Due to the explosion, debris has spread far and wide, which has started cooling. A team of experts is being formed to find out the cause of the accident.

05/04/2021
London: The UK government announced a new strategy on Monday to locate Covid-19 patients without symptoms. According to the government, all people living in...

29/09/2020
Baghdad: Five Iraqi civilians were killed and two were seriously injured by a rocket fired near Baghdad rocket attack in Iraq. The Iraqi army...

UAE’s big decision, now these foreigners will also be able to take citizenship

30/01/2021
Dubai: The UAE announced on Saturday that it was opening up the path of citizenship to select foreigners, considered an important step for the...