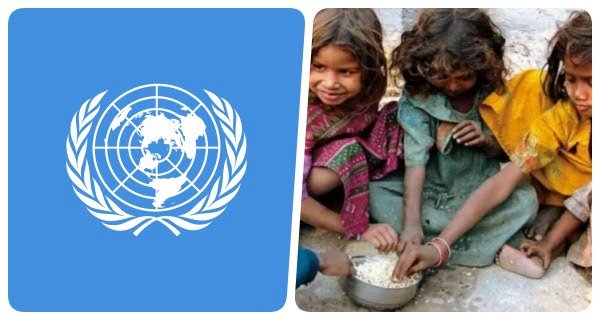 United Nations: The agencies of the United Nations have warned that due to the loss of jobs and food prices due to Covid-19, the Asia-Pacific region ), More than 35 crore people may be victims of starvation.

Four UN agencies released the report on Wednesday, stating that the epidemic is making it difficult for around 1.9 billion people to get nutritious food. According to the latest estimates, 68.8 million people in the world are malnourished and more than half of them are in Asia.

The maximum number of people are in Afghanistan, where four out of every 10 people are malnourished. This report is based on the first 2019 data of the epidemic. However, it is estimated that 14 million other people reached the brink of starvation in 2020 due to the impact of the epidemic and lockdown. By the end of last year, about 26.5 crore people were facing severe food shortage crisis.

Reports released by the United Nations Food and Agriculture Organization (FAO), UNICEF, the World Food Program (WFP) and the World Health Organization state that the problem has deepened in many places, including East Timor, Papua New Guinea. In many places, families are not getting enough food due to the crisis and jobs due to the epidemic.

During the distribution of food packets by various organizations in America also, this is reflected by long queues of people. The report claimed that the lockdown at the time of the pandemic in India led to problems in supply of food grains to the needy due to supply chain breakdown and transportation bottlenecks.

The daily wage and migrant laborers faced the most problems. It added that rising prices of fruits, vegetables and dairy products in Asia made it difficult for low-income families to buy essential food items. According to data from the Food and Agriculture Organization (FAO) of the United Nations, the prices of food items reached the highest level in the last six years in November.

31/10/2020
London: Chand Tika, once a part of Queen Jindan Kaur's jewelry, was auctioned in London. Kaur was the last wife of Maharaja Ranjit Singh...

18/10/2020
Janesville (United States): President Donald Trump on Saturday accused the Left of "destroying the American way of living" in his election rallies in two...

Preparations for Biden’s swearing-in continue, with no cooperation from Trump so far

18/11/2020
Delaware (USA): Preparations for the swearing-in of newly elected President Joe Biden are in full swing, despite the lack of support from the current...

From September 1, will the electricity bill be waived all over the country? Know...

28/08/2020
New Delhi: If you have read or heard any news about the Electricity Bill Waiver from September 1, then tell you it is completely...