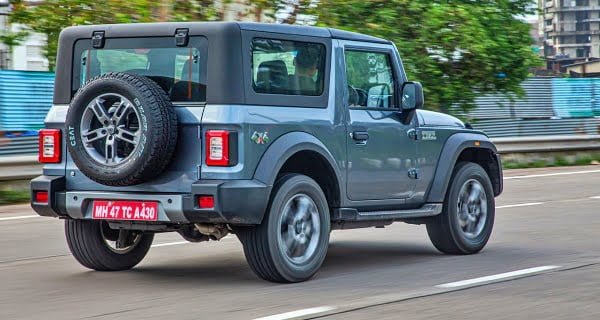 New Delhi: Mahindra Thar has achieved another new milestone. Actually, this new generation SUV of the company has crossed the figure of 50,000 bookings in the Indian market. The special thing is that Thar has crossed this figure in only 6 months. Let us know that the company launched this new offer in India on October 2 last year. Since then, there has been a tremendous demand for the new Thar.

Bumper demand for this SUV can be gauged from the fact that a waiting period of 5 months is going on it. However, how much waiting period is on the model depends on different cities and variants. On the long waiting period, it has been said from the company that both the production and supply have been increased, so that Mahindra Thar can reach the customers as soon as possible.

It has a 7-inch diesel registered touchscreen infotainment system, which supports Android Auto and Apple CarPlay. The Delhi ex-showroom price of the AX OPTIONAL variant of Mahindra Thar is Rs 12.10 lakh. At the same time, the price of its LX variant is Rs. 12.79 lakhs. The Mahindra Thar 2020 is the safest off-roading car in the country, rated 4-star for adult and child protection by Global NCAP.

08/04/2021
Chandigarh: As heat increases, incidents like fire are also seen in the country. On one hand, on Wednesday and Thursday, there were many incidents...

Corona vaccine will be free for all across the country, Health Minister makes a...

02/01/2021
New Delhi: In India, preparations have been intensified regarding the Corona vaccine (Covid-19 Vaccine). Today, Corona Vaccine Dry Run is being done to assess...