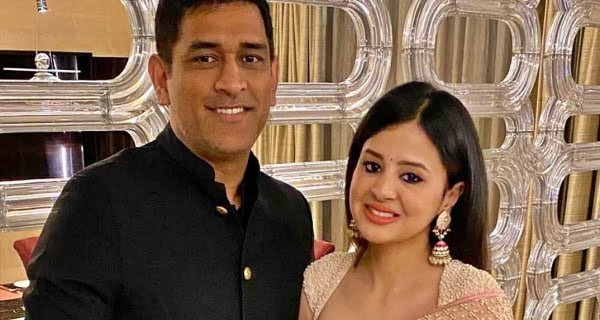 New Delhi: Former Indian cricket captain Mahendra Singh Dhoni is going to produce an animated series called ‘Captain 7’. The makers of the series said in a statement that the first season of this detective series is based on Dhoni. Construction of the first season of the series is underway. The number seven in ‘Captain 7’ is the number of Dhoni’s jersey which he has played in many international one-day matches. Dhoni and his wife Sakshi Singh Dhoni’s production house Dhoni Entertainment Private Limited and Black White Orange Brands Private Limited (BWO) are jointly producing the series.

The series is being touted as the country’s first “animated espionage” show and its first season will be released in 2022. Mahendra Singh Dhoni has retired from international cricket. He said, “The vision and the story are fantastic. Apart from cricket, this show will also bring to life my other hobbies. ”Sakshi Singh Dhoni said that Captain 7 will be full of thrills. BWO CEO and Founder Bhavik Vora said that the team is very happy to move into a new field of manufacturing with ‘Captain 7’. He said, “The game is close to our hearts and we are all big fans of Dhoni.” This is the exact formula for ‘Captain 7’. “

Dhoni busy in IPL preparations
Mahendra Singh Dhoni is busy preparing for the IPL to give Chennai Super Kings the title of IPL three times under his captaincy. Dhoni has made Chennai the IPL winner in the years 2010, 2011, and 2018. However, the previous season was extremely bad for Dhoni and his team. For the first time in the history of IPL, the Chennai team could not reach the playoffs and finished seventh.

Zeta Develops an E-Commerce Authentication Platform That Clocks More Than 1 Million Transactions per...

03/07/2020
Paris: The French presidential office said on Friday shortly after Edward Philippe's resignation as prime minister amid a possible reshuffle in the government that...

If down by intoxication of cannabis(Bhang) on Holi, these home remedies can bring...

28/03/2021
On the occasion of Holi, everyone wants to bounce, dance and sing. In such a situation, many people mix cannabis(Bhang) in the cold to...

People celebrating Onam in a simple manner amid epidemic

31/08/2020
Thiruvananthapuram: Due to the Covid-19 epidemic, the festival of Onam is being celebrated in Kerala as usual. The big events on the occasion of...