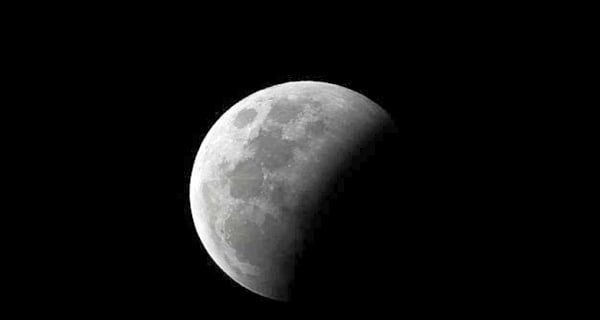 In India, a small part of Arunachal Pradesh and Assam will be able to see this partial lunar eclipse. Apart from this, the people of Uttar Pradesh, Bihar, and Jharkhand will be able to see the last part of the lunar eclipse. The final part of a lunar eclipse is visible when the Moon, the Sun, and the Earth come in an imperfect line. During this time the Moon passes through the outer part of the Earth’s shadow. Astronomers from all over the world are also going to keep an eye on this incident.

Debiprasad Duari, Director of Research and Academics at MP Birla Planetarium, said that rare developments would be visible from some areas of Arunachal Pradesh and Assam. He told that the partial lunar eclipse will start at 12.48 pm and will end at 4.17 pm. Duari said the duration of the eclipse would be three hours 28 minutes 24 seconds, which would be the longest partial lunar eclipse in 580 years. He said that the partial eclipse will be visible in its last moments just after the moonrise in some areas of Arunachal Pradesh and Assam very close to the eastern horizon.

He said that the last time such a long partial lunar eclipse happened was on February 18, 1440, and the next time a similar event would be seen was on February 8 in the year 2669. The maximum partial eclipse will be visible at 2.34 pm when 97 percent of the Moon will be covered by Earth’s shadow. Partial Lunar Eclipse will be visible in North America, South America, East Asia, Australia, and the Pacific region. Duari said that the shadow eclipse will start at 11.32 am and will end at 5.33 pm.

22/12/2020/9:03:pm
Jerusalem / Dubai: Senior industrialist Ratan Tata was conferred with the prestigious 'Global Visionary of Sustainable Business and Peace' award by the Federation of...

18/10/2021/8:53:pm
Thane: Amidst the decreasing corona cases in Maharashtra, many prisoners have been found to be Covid positive in jail in Kalyan, adjacent to Mumbai....

Can RT-PCR test identify Omicron variants? Know what WHO said

29/11/2021/10:00:am
Geneva: All the countries of the world are battling the Coronavirus pandemic for almost 2 years. Corona (Sars Cov-2) virus is constantly changing its...

Lowest increase in US population after 120 years