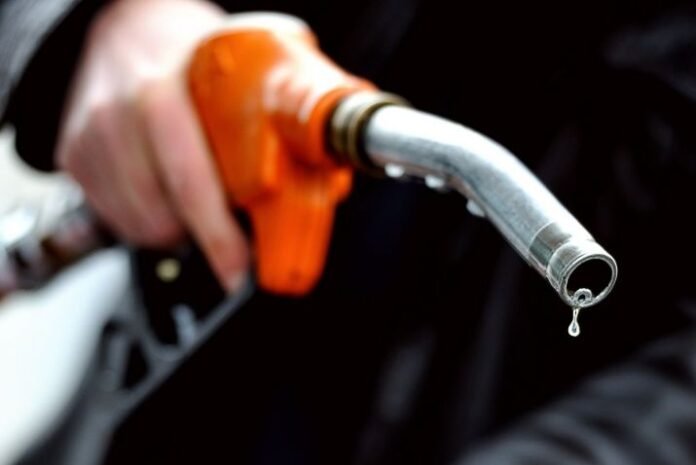 New Delhi: Today everyone is badly troubled by rising inflation and petrol-diesel. Because of this, while the opposition is an attacker on the Modi government, at the moment the central government is completely helpless on this issue. But now is the time for the public to be happy because the economists of the country have now prepared a formula. It is worth noting that at present, the price of a liter of diesel in Delhi is Rs 81.47 and the price of a liter of petrol is Rs 91.17.

What the SBI economists report:
Now, if these economists are to be believed, then petrol in the country can also be suitable at Rs 75 per liter, SBI economists have released a comprehensive report on this issue. At the same time, the research team of SBI has given a great suggestion to bring petrol and diesel under the Goods and Services Tax (GST). This report also said that it will require tremendous political will.

On the other hand, the SBI’s ECORAP report also said that if petrol and diesel are brought under the purview of GST, then it will reduce the earnings of the central and state governments by just Rs 1 lakh crore, which is just 0.4% of GDP. . This report of SBI has been prepared by Dr. Soumya Kanti Ghosh, Group Chief Economic Advisor of SBI.

It is important to note that petrol-diesel is a major source of revenue for the center and the states, due to which both governments are lagging behind in bringing it under the purview of GST. But with the data given by these SBI economists, the government is not going to suffer too much. If GST is applicable on the prices of petrol and diesel, then petrol will start getting Rs 75 per liter and diesel Rs 68 per liter. With this important step, the budget will be reduced by about 1 lakh crore rupees in revenue to the Center and the states.

What is the formula of SBI economists:
On this, economists have made an economic report by taking the price of crude oil of $ 60 per barrel and exchange rate of 73 rupees per dollar. Now a barrel contains a total of 159 liters of crude oil. At the same time, in the report, Transport Coast, where Rs. 7.25 on diesel, and Rs. 3.82 on petrol has been added. After that, if you look at the dealer commission, then Rs. 53 on the diesel, Rs. 53 on the petrol and Rs. 3.67 on the petrol has been kept.

Along with this, in this report of SBI, it has been suggested to keep cess of Rs 20 on diesel and Rs 30 on petrol. Now the Center and the states will get an equal share in this, that is, they will distribute equal amount in both the cess money. After that the GST rate on petrol and diesel will be 28 percent. 14% of the GST amount will go to the central account, and the remaining 14% will go to the state.

Consumption of petrol and diesel will increase:
Let us tell that right now every state charges different VAT on petrol and diesel, while the central government also earns from duty and cess. At the same time, the research team of SBI has estimated that in the next financial year, petrol consumption may increase by 10 per cent on an annual basis and diesel consumption by 15 per cent.

Maharashtra will face huge loss due to coming to GST:
But by bringing petrol and diesel under the ambit of this GST, some states may have to suffer heavy losses. Maharashtra may suffer the most loss of revenue in this. According to the SBI Ecorep, Maharashtra alone could suffer a loss of about Rs 10,424 crore. While Rajasthan can reduce revenue by 6388 crores and Madhya Pradesh by 5489 crores. At the same time, the revenue of Uttar Pradesh, Haryana, and West Bengal may also increase.

At the same time, SBI has said in its report that if the price of crude oil is also reduced by $ 10 per barrel by the estimated price, the revenue of the Center and the states will increase by Rs 18 thousand crore, but this will happen only when Petrol will be sold for Rs 75 and diesel for Rs 68. But at the same time, if crude oil becomes expensive by $ 10 per barrel, then the government’s revenue will increase by only 9 thousand crores. For the moment, it is to be seen how much priority is given by the central and state governments to this important report of SBI.

18/02/2021
Islamabad: The Pakistani Taliban terrorist, who attacked the Nobel laureate Malala Yousafzai nine years ago, has once again written in his tweet, threatening to...

14/11/2020
Mumbai: Actress-singer Ila Arun says that the audience mainly knows her as a famous Rajasthani folk singer, but in fact, she is an actress...

Surprising fact: Bjp’s Success in Bihar is decided by a margin of just 12,774...

13/11/2020
Sanjay Rai The BJP celebrated its victory in the Bihar Assembly elections in almost the same way as it did in the second success of...

13/02/2021
New Delhi: The country is now going to get the option of Google Maps and Google Earth. Actually, ISRO has partnered with the location...

14/01/2021
Dhaka: A fire broke out in a large Rohingya Refugee Camp in southern Bangladesh on Thursday, in which hundreds of houses were destroyed. Officials...