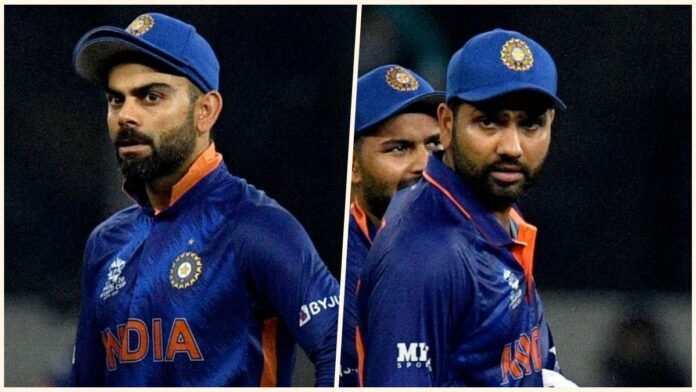 Dubai: Indian batsmen Shreyas Iyer and Shubman Gill got the benefit of their impressive performance in the three-match ODI series against New Zealand (IND vs NZ) in the latest ICC rankings released on Wednesday. Iyer jumped six places and Gill three places to reach 27th and 34th position respectively after scoring a half-century in the series. However, the Indian team lost the series 0-1 due to rain in the second and third ODIs.

Loss to Rohit-Virat
Shikhar Dhawan, however, lost two places despite scoring a half-century in the opening ODI. Virat Kohli and Rohit Sharma, who were rested for the series, slipped a rung to eighth and ninth positions respectively. Both the batsmen will go on to play the ODI series against Bangladesh on 4th December. New Zealand’s Tom Latham and Kane Williamson also made improvements in the rankings.

Latham scored a brilliant century in the first ODI, thanks to which the New Zealand team was successful in achieving a target of more than 300 runs in Auckland. Latham’s unbeaten 145 off 104 balls saw him jump 10 places to 18th position. Captain Williamson gained one place to enter the top-10 after scoring an unbeaten 94 in the first ODI.

No Indian bowler in top-10
In bowling, Lockie Ferguson has gained three places to reach 32nd position, while Matt Henry has gained four places to reach number five due to his economical bowling. No Indian player is in the top-10 in the bowling rankings. Injured Jasprit Bumrah is at number 14. He has lost two places. At the same time, Yuzvendra Chahal has come at number 23.

Thums Up Partners with Jasprit Bumrah

14/02/2022/4:12:pm
Washington: Former US President Donald Trump is in the headlines these days. First, he was accused of tearing and flushing official papers while being...

Normal viewing in one hour and paid visit in half an hour at Mahakal...

11/03/2021/4:35:pm
Ujjain: On the day of Maha Shivaratri, Shiva devotees have the euphoria of the marriage of the Lord from the morning. A large number...

Why did the human brain shrink 3000 years ago? read this study

Kanjhawala case: There was someone else on the scooter with the...