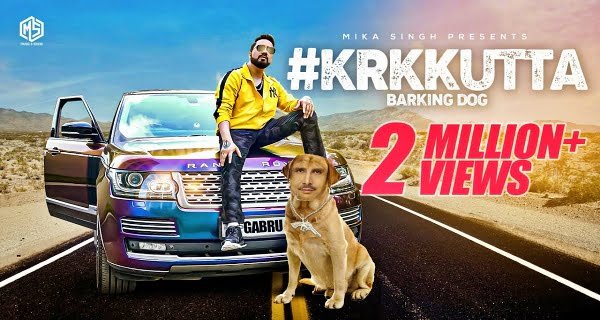 Mumbai: Bollywood singer Mika Singh has released his new song ‘KRK kutta’. With the release of the song, it has become a super hit on YouTube. With the release of this song, Mika Singh has given a befitting reply to self-claim critic Kamal Rashid Khan. Mika had released the poster of this song before its release. After this, the singer has named this song ‘KRK Dog’. Many celebs associated with TV are also seen in this song. The song is being liked a lot. This song has got more than 2 million views in a few hours.

Let us tell you that this feud between Kamal Rashid Khan and Mika Singh started when KRK gave a dirty review of Bollywood actor Salman Khan’s film Radhe. After this Sallu Mian filed a defamation case against Kamal Rashid Khan. Despite this, KRK did not stop from continuously talking derogatory things against Salman Khan. Mika Singh again entered in this whole matter and he lashed out at KRK.

07/09/2020/11:36:pm
Bhopal: Remedicivir and tocilizumab injection patients, who are suffering from severe patients suffering from corona, will have to buy it themselves. MP Public Health...

How lung temperature affects the replication of coronavirus is detected

01/04/2021/10:04:pm
London: Differences in the natural temperature of the upper and lower respiratory tracts affect the replication of new coronaviruses and the subsequent activation of...

The first case of bird flu infection was reported in China amid the Corona...