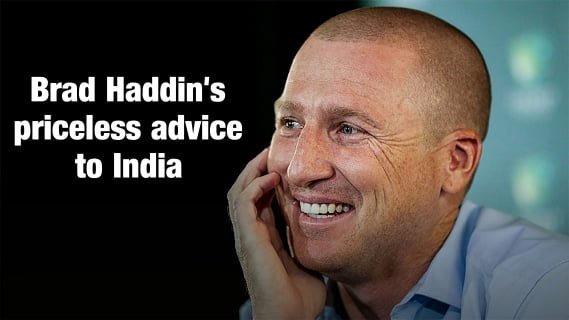 New Delhi: Pakistan defeated India very badly in the high voltage match played at the Dubai International Cricket Stadium on Sunday, 24 October. For the first time in the history of the World Cup, Pakistan defeated India. But, that one defeat of India, now the defeat of this latest edition of ‘ICC T20 World Cup, 2021’ has made the road ahead for the Indian team very difficult. Now even a single defeat for ‘Virat’ Sena will derail India.

Views show that to reach the semi-finals of the World Cup, now India will have to win all its remaining matches. The next match is to be played against New Zealand (India vs New Zealand World Cup, 2021) on the evening of 31 October. History is witness that India’s team has not been able to beat New Zealand in a single match in the T20 World Cup so far. However, this World Cup seems to be happening which never happened.

Pakistan always lost but won now. In such a situation, India may be able to beat New Zealand in this World Cup. If we look at the records of international T20 cricket, then a total of 16 matches have been played between India and New Zealand, in which the teams of both countries have been tied. Both have won 8-8 matches. However, out of these eight victories, 2 matches have been won by India in the Super Over.

Talking about this latest World Cup, in the match played on Tuesday, 26 October, Pakistan defeated New Zealand (Pakistan vs New Zealand T20 World Cup, 2021) in a very exciting match. That is, in its first match of this World Cup, New Zealand’s team also got defeated by Pakistan like India. Now, the match to be played against India on 31st October has become a virtual knockout match. Ahead of this very important match, former Australia wicket-keeper batsman Brad Haddin pointed out the flaws of ‘Virat’ Senna and said that if these weaknesses are not addressed then India’s team will soon pull out of the tournament.

This problem is in front of Virat Sena in the World Cup
According to Brad Haddin, former wicketkeeper-batsman of the Australia cricket team, the lack of pace all-rounder in the team for Team India in ‘ICC T20 World Cup, 2021’ can be very heavy. It is worth noting that in their first match played against Pakistan at the Dubai International Cricket Stadium on Sunday, Team India had entered the field to compete with only 5 bowlers and Hardik Pandya was seen as a batsman.

Since his back surgery, Indian team all-rounder Hardik Pandya has been playing as a finisher for India in T20 cricket and Mumbai Indians in IPL. This was confirmed by the captain of the Indian team, Virat Kohli himself, before the match against Pakistan (India vs Pakistan T20 World Cup, 2021 Dubai). He had said that Hardik Pandya will land as a batsman at No. 6 for India in this latest World Cup.

Time to take call for India
In his exclusive conversation with ‘Fox Cricket’, Brad Haddin said, “The biggest problem for India in this campaign (T20 World Cup, 2021) is the sixth bowler. Hardik Pandya is not bowling. In such a situation, now will they (Team India) doubt their strategy, which has been successful for a long time. Or else, he will choose the option of the sixth bowler and include the all-rounder in the team. In such a situation, there are some important things in front of them (the Indian team), on which they will not decide.

India will not press the ‘panic button’
It is worth noting that the selectors of the Indian team had included all-rounder Shardul Thakur in their 15-man squad shortly before the start of ‘ICC T20 World Cup, 2021’ so that they can be used when needed. Can you However, if seen, he has got very little chance to bat in T20 cricket, due to which nothing can be commented on the speed of his runs in this format.

Brad Haddin further said, “I don’t think the Indian team will be much upset. This was the statement of Virat Kohli in the press conference that we have lost to the better team (India vs Pakistan T20 World Cup, 2021, Dubai) and this happens in the game. This was the first match of the tournament. They (Pakistan) also know how to play T20 cricket like the best teams in the world. Virat’s answer is very good. So I don’t think he will be too worried about the strategy going forward.”

Big announcement by Uddhav Thackeray; Lockdown will continue in Maharashtra even after June 30

28/06/2020/10:09:pm
Mumbai: Coronavirus infection is increasing rapidly in Maharashtra. Chief Minister Uddhav Thackeray interacted with the public through Facebook. During this, he spoke on many...

09/09/2020/9:13:pm
Beijing: The Foreign Ministry of China said on Wednesday that Australian agents raided the home of four journalists working for the Chinese state media...

Britain and EU to continue talks on post-Brexit trade deal

14/12/2020/1:01:pm
London: In the wake of an economy already undergoing an epidemic, the UK and the European Union have agreed to continue negotiations on the...