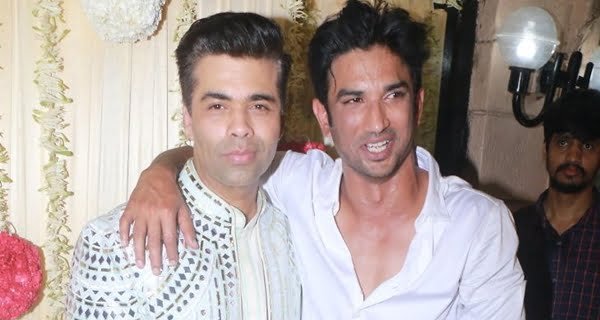 Mumbai: After the death of Bollywood actor Sushant Singh Rajput, the debate on the issue of Nepotism on social media has intensified. Amidst this debate, along with many star kids, well-known filmmaker Karan Johar has also been badly mauled. Karan Johar has been attacked earlier in relation to nepotism, but after the death of Sushant, people started trolling him tremendously. At the same time, the news of Sushant’s suicide shook Karan, after which the trolling has broken him completely … he keeps on crying … his close friend has revealed about it.

Film maker Karan Johar, who has always been active on social media, has not shared a single post on his Instagram since the death of Sushant. At the same time, there were also reports of many people unfollowing them on social media. Now, according to a report of Bollywood Hungama, Karan Johar’s special friend has revealed about his poor condition. He told that ‘Karan Johar has become a broken man completely. He has never been so impressed by the talk of trolls, as many have happened after the death of Sushant Singh Rajput. Trolling on social media has affected their health. ‘

According to this report, Karan Johar’s friend said that he is even more upset because the people associated with him are being attacked. Their 3-year-old twins are being threatened with death. Hatred is spreading against people like Ananya Pandey ‘.

The friend said that ‘Karan Johar is no longer in a position to speak. He has forgotten to fight and looks like a man of luck. When we try to talk to them, they cry badly. They cry crying and ask what they have done, which has to be suffered.

11/03/2022/9:03:pm
Beijing: According to big news, the Health Commission of China has said that China will start rapid antigen testing for the first time, as...

Election Commission postponed urban body elections for 3 months due to concern over infection...

26/12/2020/10:41:pm
Bhopal: Due to the Covid-19 epidemic, the State Election Commission has decided to postpone the civic elections in Madhya Pradesh for the next 3...

Picture of PM Narendra Modi will not be on Covid-19 vaccination certificate in five...

10/01/2022/10:13:am
New Delhi: The picture of Prime Minister Narendra Modi will not be on the Covid Vaccination Certificate issued in the five states where the...

Construction of DN Pallaciya is in Full Swing

22/01/2023/9:33:am
With its core philosophy of ‘Redefining New’, DN Homes - a leading real-estate group in Odisha commenced the construction work of DN Pallaciya in...

Mica Singh and Akanksha Puri are getting married! Actress told the...