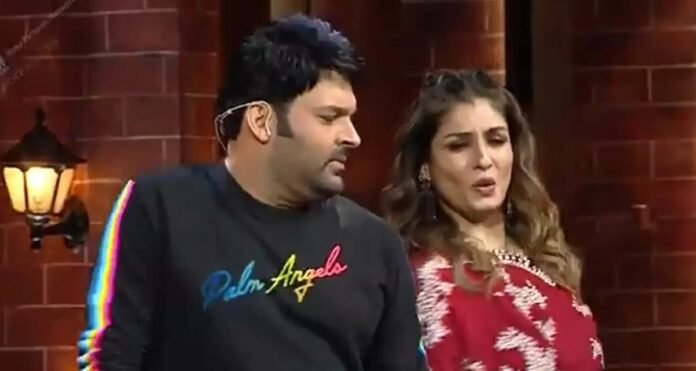 The new promo of ‘The Kapil Sharma Show’ has been released by the makers. In this, it is seen in the promo that this weekend veteran actress Raveena Tandon and choreographer-filmmaker Farah Khan will be a part of the show as guests. During this, Kapil was seen dancing with Raveena on his popular dance number ‘Tip Tip Barsa Pani Song’. Both were dancing in a lot of fun, whose choreographer Farah also tries to match them step by step with them.

Then Kapil Sharma starts slipping back while dancing. Seeing this, Archan Puran Singh bursts out laughing. Then Kapil (Farah Khan Make Fun on Kapil Sharma) asks Farah Khan, “Do you like my dance?” In response to this, he said, “After seeing this dance, the rain should also stop.” With this answer of Farah, Kapil’s speech stops. He crosses both his hands and folds them.

After being silent for a long time, Kapil Sharma, looking at Archana Puran Singh (Kapil Sharam Archana Puran Singh), says to Farah, “So I should show them to you?” Then Farah says, “I have seen their dance. Choreographed. My career is sinking. During this, Farah is seen laughing and looking at Archana with folded hands. Raveena, including Kapil and Archana, laughs out loud about Farah.

Kapil and Farah fun
During this, both Kapil Sharma and Farah Khan were seen pulling each other’s legs. Not only this, but Farah also pulled Archana a lot. Kapil Sharma’s Raveena and Farah stopped speaking many times. The promo of the show is bang on. Fans are loving it a lot and are eagerly waiting for the show to arrive this weekend. Fans are also praising Raveena’s beauty by commenting.

Raveena’s digital debut
Let us tell you that Raveena Tandon Digital Debut has made her debut on the OTT platform with the web series ‘Aranyak’. In this series, she is seen in the role of a police officer. Everyone is liking his work.

Indian-Americans can play an important role in elections: American leaders