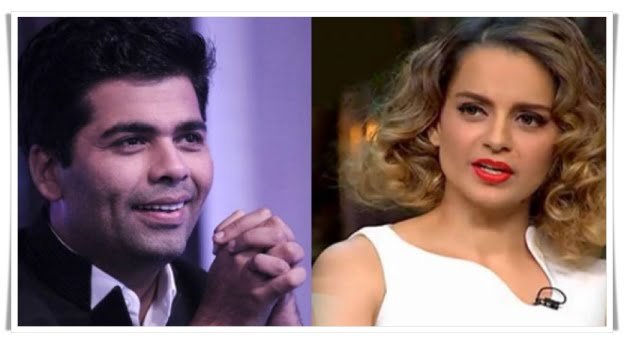 Mumbai: Bollywood actress Kangana Ranaut is always in the headlines due to her impeccable statements. She often expresses her opinion on social and political issues. Recently, Kangana Ranaut has targeted Karan Johar. At the same time, Kangana has demanded the Government of India to withdraw the Padma Shri Award for Karan Johar.

Kangana Ranaut’s team attacked Karan Johar in a tweet. He said in the tweet, “I request the Government of India to take back the Karan Johar’s Padma Shri. He openly threatened me and said on an international platform that I leave the industry. He ruined Sushant’s career, supported Pakistan during the Uri attack and has now made an antinational film against the army. “

Actually, Kangana’s team has targeted Karan Johar retweeting a tweet. The tweet claimed that Gunjan Saxena was not the first female pilot of the Indian Air Force, but Srividya Ranjan. Also, many things have been twisted in Gunjan Saxena’s biopic.

26/08/2021/10:27:am
New Delhi: There has been an increase in the cases of coronavirus infection in the country once again. According to the Ministry of Health...

07/09/2021/10:27:am
New Delhi: Russian Ambassador to India Nikolay Kudashev said on Monday that Russia and India have common concerns that the land of Afghanistan should...