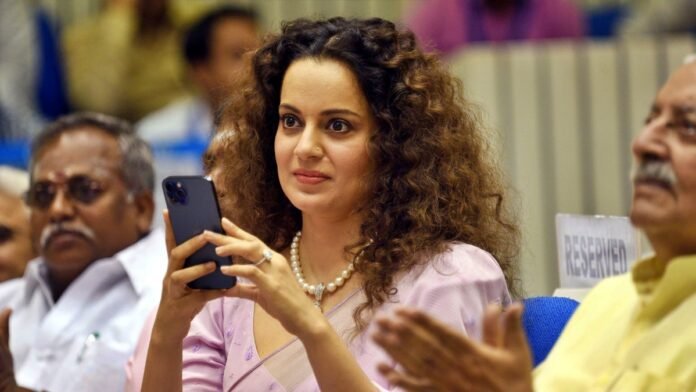 Mumbai: Actress Kangana Ranaut’s Twitter account was banned long ago, but now she is back on Twitter. Kangana’s Twitter account tweeted on Tuesday, “Hello everyone, it feels good to be back here.” Soon after the post was shared, several users including some celebrities took to the comments section to welcome her. His fans also joined him and celebrated the occasion. The actress recently shot for her upcoming film ‘Emergency’ Shooting has been completed.

Kangana also tweeted a behind-the-scenes video of Emergency produced by Manikarnika Films. It read, “And this is a Wrap !!! Emergency shooting completed successfully … See you in cinemas on 20 October 2023” In May 2021, Kangana’s Twitter account was permanently suspended on the social media platform for ‘repeated violations’ was done. A Twitter spokesperson said, “We are clear that we will take strong action against behavior that has the potential to cause offline harm. Kangana’s account was banned by Twitter saying the referenced account has been permanently suspended for repeated violations of Twitter Rules. He further said that we apply the Twitter Rules equally and fairly to everyone on our service.

Later, after Tesla CEO Elon Musk took to Twitter, Kangana urged fans to restore the actor’s account. In Kangana’s next film, Emergency, she will be seen playing the role of late Prime Minister Indira Gandhi. The film is directed by him, he recently said that he had to mortgage his house to make this film.

In a post, she said, “Today as an actor as I wrap up shooting for Emergency… A very wonderful phase of my life is coming to its full end&8230; It looks like I have passed it comfortably but the truth is far from it… From mortgaging all my properties to filming it despite having dengue and dangerously low blood cell count during the first schedule, everything, my character as a person has been severely tested …; I am very open about my feelings.

Well, I am active on SM (Social Media) but to be honest I didn’t share all this because I didn’t want people to unnecessarily worry about me, and also I didn’t post anything because people who fall on me I didn’t want to give them the pleasure of my pain by telling them my difficulties.

Harjit Singh, young man injured in Kyiv, said – no help was received from...

04/03/2022/8:27:pm
Kyiv: Harjit Singh, a youth injured in shelling in Ukraine, has accused the Indian embassy of not helping. Releasing the video, the hospitalized student...

04/03/2021/1:34:pm
Berlin: The German authorities have agreed to begin easing coronavirus-related restrictions from March 8 in regions with low incidence of the disease, German Chancellor...